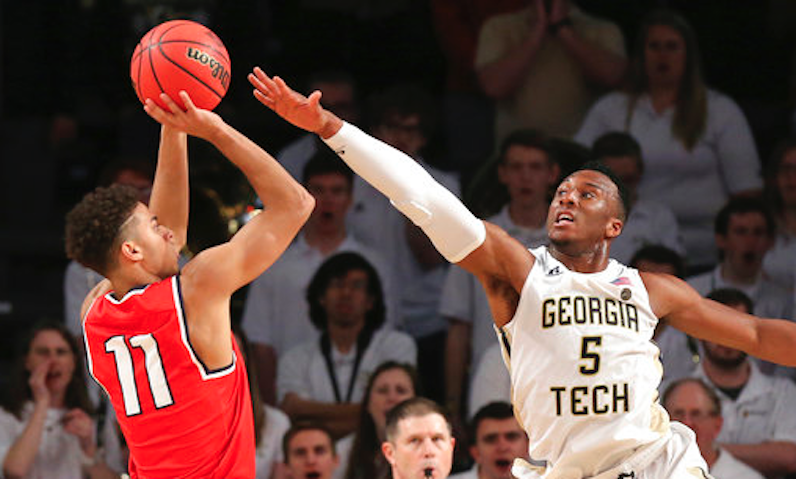 Georgia Tech ran out of gas in its NIT final matchup against TCU, suffering an 88-56 loss. That was only after the Yellow Jackets advanced past their first four NIT games. Among ACC programs, only national champion North Carolina played beyond Josh Pastner’s squad in the postseason.

With a substantial chunk of its firepower returning, Georgia Tech is poised to be a team on the rise next season.

Tech defeated two of the ACC’s top three teams, UNC and Florida State, at McCamish Pavilion during the regular season. The Yellow Jackets went 17-4 at home, posting a strong 7-2 ACC record in Atlanta. Though the team went 1-8 in ACC play on the road, its strong play at home inched the program back toward competitiveness.

Georgia Tech is losing a combined five seniors and graduate transfers. But only three of them — Quentin Stephens, Josh Heath and Corey Heyward — were impact players.

While the Yellow Jackets are facing a thin rotation next season, they return their three leading scorers — Ben Lammers, Josh Okogie and Tadric Jackson. Lammers and Okogie were also two of Georgia Tech’s top three rebounders in 2016-17. Combined, the trio averaged better than 42 points and 16 rebounds per game.

Coming off a season in which he averaged 14.2 PPG and 9.2 RPG while leading the league in blocked shots, Lammers will be a preseason ACC Player of the Year candidate in 2017-18. Okogie ranked third among ACC newcomers with an average of 16.1 PPG, which led the Yellow Jackets. Though he made only five starts, Jackson was a consistent scorer, averaging 12.1 PPG in 23.8 minutes per outing. With increased playing time, he could become an even more potent scorer next season.

Georgia Tech’s late-season surge sent a message that the Yellow Jackets are clawing their way back. It may take a while to return to the heights of the Bobby Cremins era. But Pastner, the ACC’s youngest head coach and the league’s reigning Coach of the Year, has brought the fight and spirit back to Atlanta. With a strong 2018 recruiting class, Tech could truly begin to climb the ACC standings in the near future.