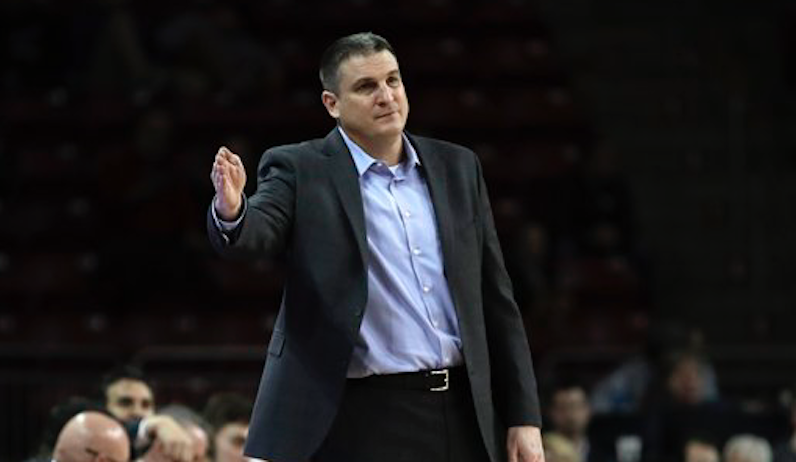 Boston College has improved significantly on the offensive end of the floor under Jim Christian this season. (AP Photo)

Following Boston College’s 74-66 victory over NC State on Jan. 11, it was easy to argue that better days had arrived under Jim Christian. BC was 2-2 in ACC play, having also beaten Syracuse decisively on New Year’s Day to end the program’s 20-game ACC losing streak.

Unfortunately for Christian and the Eagles, however, the past five weeks haven’t gone quite as well. Boston College is now on a 10-game losing skid.

A year ago, the Eagles ranked No. 320 nationally in the KenPom.com national rankings for adjusted offensive efficiency. This year they’ve moved up to No. 186. The team has benefited from an increased pace, now ranking No. 45 nationally in tempo compared to No. 253 in 2015-16.

BC ranks seventh in the ACC in three-point percentage (37.6 percent) and eighth in three-point defense (33.8 percent). A year ago, the Eagles ranked 13th and 15th, respectively, in those two categories. Christian’s squad has also improved substantially on the defensive boards. This season BC ranks No. 3 in the ACC in defensive rebounding after finishing 14th last season.

Free-throw shooting is one factor that is holding the Eagles back. BC ranks last in the ACC at 67.4 percent shootin from the line. Five of the Eagles’ losses in their current 10-game ACC losing streak have been by eight points or less.

BC will lose two starters and the team’s top two rebounders after this season — graduate transfers Mo Jeffers and Connar Tava. But the good news is that the team is projected to return its top four scorers.

With athletic director Brad Bates stepping down in June and much of the basketball team’s firepower expected to be back next season, Christian’s job appears safe for now. He could be around for a while if the Eagles continue to improve.