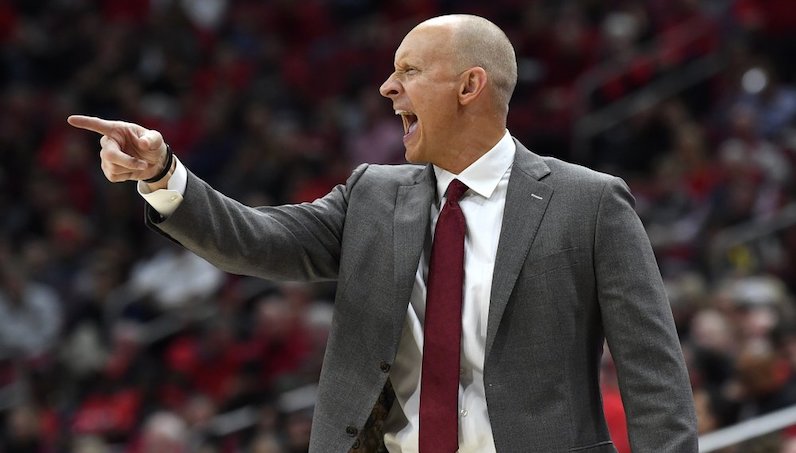 Louisville basketball coach Chris Mack has addressed the viral video of him celebrating Cardinals’ victory over Kentucky, back on Dec. 26.

In the video, taken during a Christmas party at Mack’s house, Mack is seen with former Louisville football player Eric Wood; neither are wear a mask. The tone of the video — tweeted back on Saturday night by Drew Franklin of Kentucky Sports Radio — is playful; however, both Mack and Wood boast that Kentucky and John Calipari will never again beat Louisville without Kenny Payne, Kentucky’s former associate head coach, now an assistant with the New York Knicks.

During press availability on Monday, Mack stated that the video was intended as a joke; some of Mack’s neighbors are friends of Payne. Mack even called Calipari to apologize for the incident.

More importantly, however, Mack also acknowledged the carelessness of not wearing a mask during a get-together with people from outside of his house in the midst of the COVID-19 pandemic: “Neighbors or friends stopped by and not putting on my mask around the house. … Not a good look and for that, I’ve got to do better”

The video was shot less than two weeks after a COVID-19-related pause within the Louisville program.

After another COVID pause in February, which lasted three weeks, Louisville returned to the court on Saturday; the Cardinals were thumped by UNC in Chapel Hill, 99-54. It marked the program’s worst margin of defeat since 1939.

During the February pause, Mack contracted COVID-19, too.

David Johnson continues to evolve into first round draft prospect