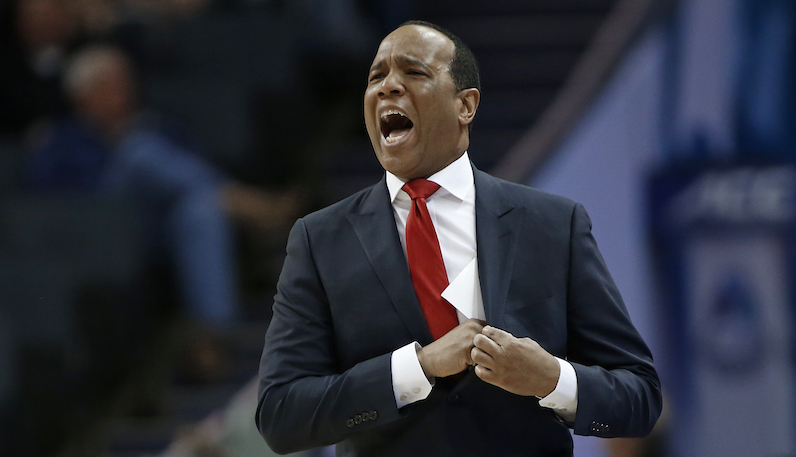 Charlotte — Early on at Spectrum Center, things weren’t looking so good for NC State. The Pack’s defense looked sluggish in transition and on the weak side against Clemson’s ball screens. At the half, the Tigers lead by 16 points, 42-26, thanks to nine points from All-ACC guard Marcquise Reed. However, behind an invigorated defense and the handiwork of Markell Johnson, NC State mounted a massive second-half comeback. The Pack outscored the Tigers 33-16.

And with that, NC State may have punched its ticket to a second consecutive NCAA Tournament, and the fourth in a row for Kevin Keatts. For Clemson (No. 36 NET), the bubble and Selection Sunday become an uncomfortable situation.

In the second half, Johnson was dynamic for Keatts and the Pack, which included hitting the game-deciding free throws with 2.6 seconds remaining. The junior pick-and-roll maven got to work with what he does best: screen-roll decision-making. Johnson got to the rim for several finishes; as he usually does, Johnson looked to attack switches, and very much enjoyed his time matched up David Skara or one of the other Clemson bigs.

Johnson finished with 23 points on 8-of-17 shooting (4-of-9 3PA), four assists and one steal. He also got to one of his other signature maneuvers — snaking the ball screen, which he used to get into the teeth of Clemson’s defense.

No other player on NC State scored more than eight points; however, DJ Funderburk continues to be critical to this team’s success. NC State went +10 with Funderburk on the floor (20 minutes), and -13 in 18 minutes with Wyatt Walker, the starting center, on the floor.

NC State moves on to play Virginia in the third round of the ACC Tournament with a noon tip-off set for Thursday afternoon in Uptown.

Reed, Clemson’s top guard, struggled mightily in the second half, too. Over the final 20 minutes, Reed shot just 2-of-10 from the field and scored seven points. As Clemson’s bad luck in one-possession games continues, center Elijah Thomas struggled, too. Thomas could never get to his post game and turned the ball over six times before fouling out.

Stats recap for Day 1 of the 2019 ACC Tournament