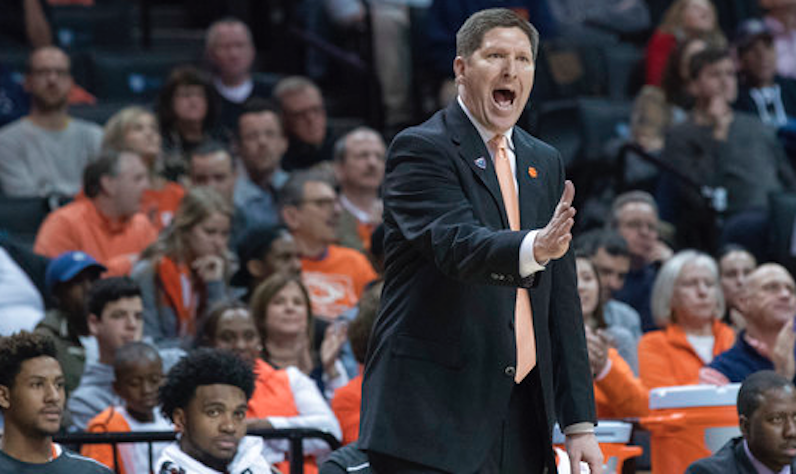 Brad Brownell and Clemson missed the NCAA Tournament for the sixth year in a row this season. However, the Tigers basketball coach will get another chance to end the drought next season.

Clemson athletic director Dan Radakovich announced Monday that Brownell will return as the program’s head coach. The AD’s vote of confidence came six days after the Tigers fell to Oakland in the first round of the NIT.

“As part of a comprehensive season-ending review and evaluation, I met for several hours with Brad Brownell to review the recently completed season and to look ahead to 2017-2018,” Radakovich said in a statement. “Both of us believe strongly that we should have achieved more this season and Brad is candid with his own critique and assessment. As we move forward, I expect Brad to make changes in the program to better position us for success.”

Clemson entered this season as the media’s pick to finish 11th in the ACC. The Tigers showed promising signs early in the season with triumphs over South Carolina and UNCW, but close losses doomed their NCAA Tournament hopes in league play. Brownell’s squad lost eight ACC games by five points or less on the way to a 17-16 finish. Clemson’s season ended with a 79-72 loss to Duke in the ACC Tournament.

This offseason, the program graduates All-ACC performer Jaron Blossomgame but projects to return multiple key pieces. Five of the team’s top seven scorers will be back, including point guard Shelton Mitchell (10.8 PPG, 45.3% on 3FG).

Next season will be Brownell’s eighth with the Tigers. Through his first seven seasons at Clemson, he has accumulated a 124-103 record. During his tenure, his teams have finished above the media’s preseason projection in all but two seasons. However, the program has notched 20 victories just once since winning 22 games in the 2010-11 season.