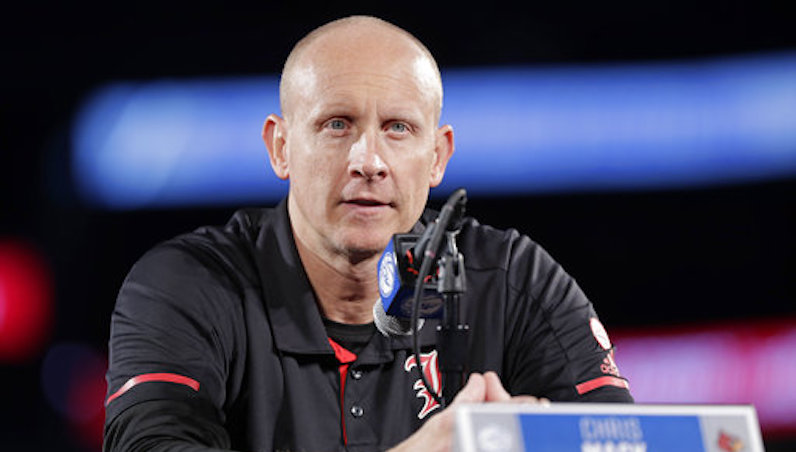 Chris Mack and Louisville have been in the process of building a solid 2021 recruiting class. Up until Sunday, this class included Bryce Hopkins — a 4-star/top-40 prospect from Chicago. Hopkins, a 6-foot-7 forward who committed to Louisville last November (right around his official visit), announced that he will decommit from Louisville and re-open his recruitment.

The cause for Hopkins changing his mind centers on uncertainty regarding potential sanctions for Louisville. In early May, Louisville received its Notice of Allegations from the NCAA, which included one Level One allegation and three Level Two allegations. (These allegations date back to the Rick Pitino era at Louisville and originate from the FBS’s investigation into major college basketball.)

Louisville continues to appeal the sanctions, which remain unclear in terms of final penalty.

According to Mike Rutherford over at Card Chronicle, rumors of a decommitment from Hopkins have circulated for weeks now.

The loss of Hopkins, ranked as the No. 11 power forward in the 2021 recruiting cycle, is tough for Louisville. For now, though, the Cards still have a solid recruiting class, led by El Ellis, the nation’s top JUCO prospect for 2021.

David Johnson, Carlik Jones team up to form the ACC’s most talented backcourt