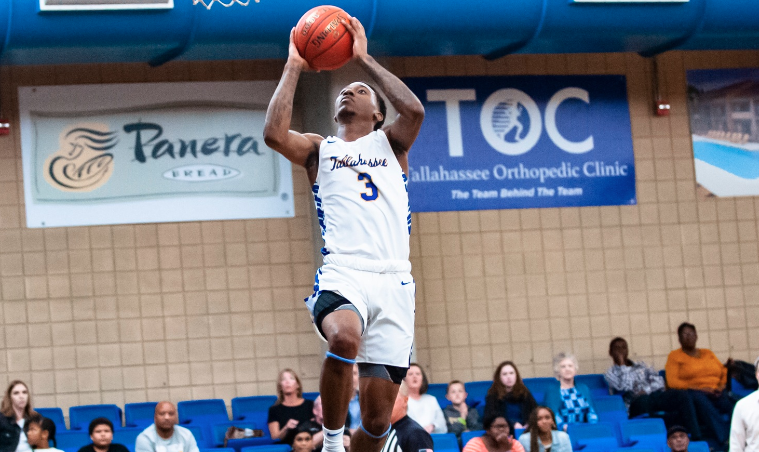 One of the top guards in the 2021 recruiting cycle is off the board; JUCO combo guard El Ellis commits to Louisville.

As the 2019-20 season went along, plenty of power programs took notice; he received scholarship offers from UConn and Arizona. Back in March, as his recruitment started to heat up, Louisville and NC State extended scholarships, too. At the time, Ellis told Pack Pride the NC State offer “means so much to me.”

Ellis is a 2021 JUCO prospect; he won’t join Louisville’s program until the 2021-22 season. In fact, earlier this week, Louisville used its final 2020-21 scholarship on 3-star center Gabe Wiznitzer. The timeline is still a nice fit for Louisville, though. David Johnson and Carlik Jones power the ACC’s top backcourt this season. Jones will finish up his eligibility and Johnson could very well depart for the NBA as a first round draft pick. If so, Ellis would arrive, ready to have an impact.

Ellis proved to be one of the most dynamic and efficient two-way shooters in junior college basketball this season. According to Synergy, Ellis scored 0.93 points per pick-and-roll possession (50 eFG%), which ranked inside the top 20 nationally (100+ possessions). Overall, Ellis posted an effective shooting rate of 51 percent (87th percentile) on off-dribble jumpers in the half court.

When Ellis ran pick-and-roll and passed to someone else that finished the possession, Tallahassee C.C. scored an impressive 1.18 points per possession.

During the 2019-20 season, Louisville ran plenty of offense through the off-ball gravity and shooting combination of Jordan Nwora and Ryan McMahon. Ellis could have a very real impact as spot-up target, too. Ellis posted an effective shooting rate of 73.7 percent on catch-and-shoot looks this season, per Synergy — No. 10 nationally in JUCO ball (50+ FGA).

Ellis may not be quite at the level of Nwora and McMahon — two elite, high-volume movement shooters. However, those catch-and-shoot numbers bode well, especially in a creative offense at Louisville.