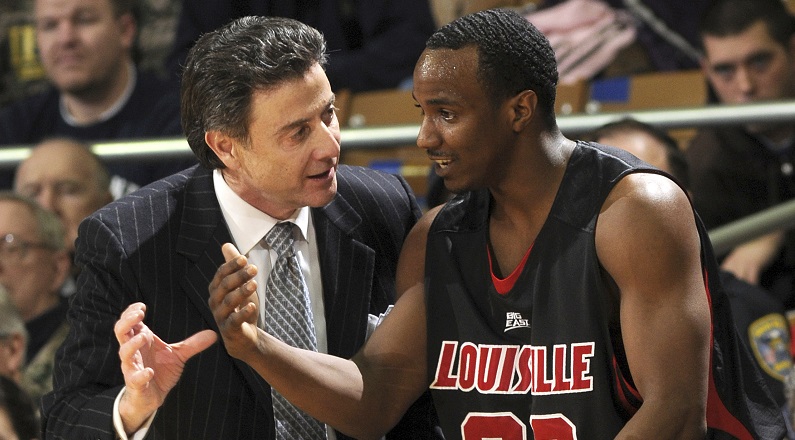 The University of Louisville received its Notice of Allegations from the NCAA on Monday, May 4. The NOA is the result of an investigation, which deals with the basketball program’s recruitment of former 5-star prospect Brian Bowen and the Adidas pay-for-play scheme, uncovered by the FBI in the fall of 2017.

Within the NOA, there’s one Level One allegation against Louisville (regarding impermissible benefits), which is the most severe, along with three Level Two allegations — one of which deals with former head coach Rick Pitino.

This is the substance of the Level I violation against Louisville. pic.twitter.com/VBlMRDirZG

In a release, university president Dr. Neeli Bendapudi and athletic director Vince Tyra addressed the situation and outlined how they plan to proceed. They made notes on the length of the process, along with pointing out that none of the basketball staff members in the allegations are currently employed by the university.

Head coach Chris Mack responded to the matter, too: “I am confident that the University will do what is right, which includes fighting back on those charges that we simply do not agree with, and for which the facts do not substantiate. The future is bright for Cardinal Basketball. Our focus will continue to be on our tremendous student-athletes.”

Louisville’s legal team has already started the process of reviewing the allegations. The university will submit a response within a 90-day window. The release from Dr. Bendapudi and Tyra is copied below:

The allegations issued against the Louisville men’s basketball program include:

It is important to remember that these are allegations—not facts—and the University will diligently prepare a full and comprehensive response and, absent an unforeseen development, submit it within the prescribed ninety-day period. For those allegations that are proven to be factual, the University will take responsibility, as accountability is one of our core Cardinal Principles. However, we will not hesitate to push back where the evidence does not support the NCAA’s interpretations or allegations of charges. UofL has a right and a responsibility to stand up for itself when faced with unfair or unfounded charges and will always act in the best interests of the institution. Our legal team has begun the process of reviewing the Notice and will prepare a thorough response on behalf of the University.

Over the last two-and-a-half years, we are proud of how the University of Louisville has worked hard to transform itself into a model of compliance and ethical conduct and has not shied away from difficult decisions, going well-beyond reforms at any other involved institution.