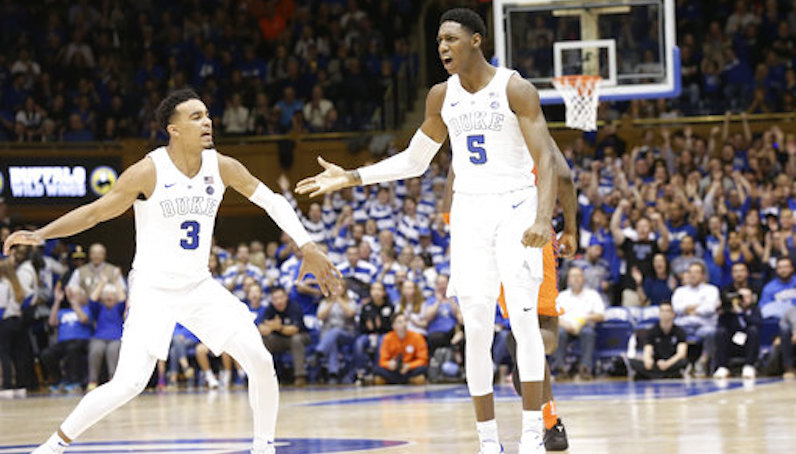 Duke's Tre Jones (3) and RJ Barrett (5) react following a basket against Clemson during the second half of an NCAA college basketball game in Durham, N.C., Saturday, Jan. 5, 2019. (AP Photo/Gerry Broome)

Conference play has started and, after the opening week of league play, six ACC basketball teams land in this week’s AP Top 25 Poll. Zion Williamson and Duke top the list with Virginia basketball not too far behind.

Kevin Keatts has NC State inside the top 15 for the first time since the start of the 2012-13 season. Just outside of the top 25, only one other ACC squad received votes: Chris Mack and Louisville (3).