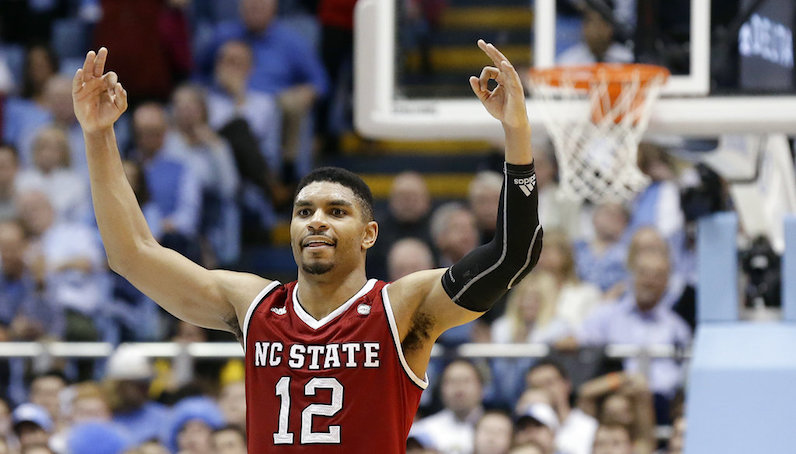 ACC basketball weekly honors are determined by a vote of a 15-member media panel. Freeman was recognized for the first time this season. The ACC Rookie of the Week selection is the sixth of the season for Bagley and the second for Walker.

Freeman scored a career-high 29 points on 8-for-11 shooting, including 7-for-7 from 3-point range in Saturday’s 95-91 overtime win at No. 10 North Carolina. The graduate student from Charlotte, North Carolina added five rebounds and an assist.

The 7-for-7 performance from long range against the Tar Heels tied an ACC record for most 3-pointers in a game without a miss. Earlier in the week, Freeman had 13 points, five rebounds and an assist in a 72-68 win at Pittsburgh. Freeman scored 10 of his 13 points against Pitt in the second half as the Wolfpack overcame 10-point halftime deficit, including two free throws with eight seconds remaining to clinch victory.

Duke’s Bagley averaged 23.0 points and 12.5 rebounds last week for No. 4 Duke, leading the Blue Devils to a road win at Wake Forest and scoring 30 points in a setback to No. 2 Virginia. Bagley had 16 points, 11 rebounds and three steals in Tuesday’s 84-70 victory at Wake Forest. He followed with his ACC-leading (and ACC freshman record) sixth 30-point effort in the 65-63 loss to Virginia. The 6-foot-11 freshman was 13-of-18 from field, made a pair of three-pointers and pulled down 14 rebounds for his 17th double-double, extending Duke’s freshman record.

Miami’s Walker averaged 24.0 points, 4.0 rebounds and 4.0 assists in an overtime win over Louisville and an overtime loss at Florida State. The Reading, Pennsylvania freshman scored 25 points in Wednesday’s win over Louisville and 23 in the loss to FSU – his two highest scoring outputs in conference play. Walker’s 25- and 23-point performances are two of the top six scoring performances by a Miami freshman in 14 seasons of conference play in the ACC (since the 2004-05 season).

Walker led the Hurricanes in scoring in both games. He finished 17-for-33 (.515) from field, including 8-for-17 (.471) from 3-point range. Walker’s big week included an acrobatic, game-tying layup against the ACC’s leading shot blocker, Anas Mahmound, with four seconds left in regulation to force overtime against Louisville. He then blocked a last-second 3-pointer by the Cardinals’ Ryan McMahon in the final seconds of overtime to preserve the win.