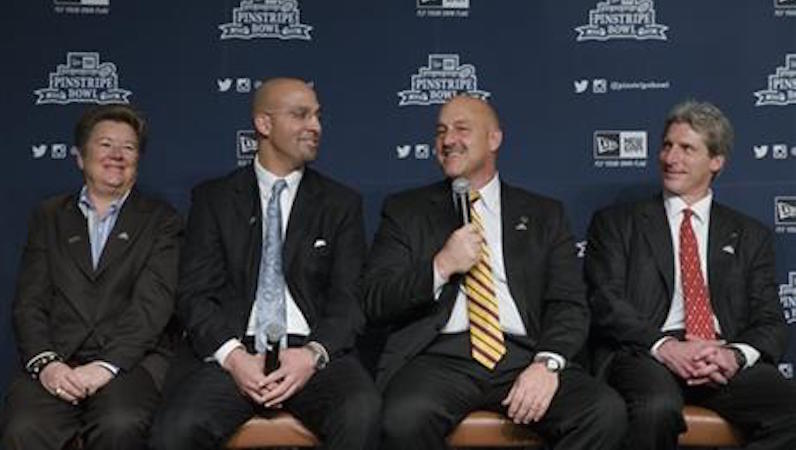 Director of Athletics Brad Bates has announced that he will step down at the end of the academic year to join Collegiate Sports Associates (CSA) of Chapel Hill, N.C., one of the nation’s leaders in executive search and consulting for intercollegiate athletics.

He will serve as vice president at CSA, where he will lead the agency’s consulting division.

Bates has served as director of athletics at Boston College since 2012. During that time, the University completed an assessment of its intercollegiate and intramural sports and finalized a strategic plan for BC Athletics in 2016 that calls for more than $200 million in new athletics facilities. The investment will include a 240,000 square- foot recreation center, a 115,000 square-foot athletic field house, and baseball, softball and intramural fields on the Brighton Campus.  As AD, Bates was known as an advocate for student-athletes and their individual sports, and he led efforts to reorganize and enhance marketing and communications within Athletics.

In announcing his decision, Bates said that while he would miss Boston College, he felt that this leadership position at Collegiate Sports Associates was an opportunity he could not pass up at this stage of his career.

“I have thoroughly enjoyed my time at Boston College and am especially grateful for the opportunity to serve the University,” said Bates. “I will forever be an Eagle and a fan of our student-athletes, coaches and staff, and will cherish the great relationships that I have made here. The Jesuit, Catholic education offered at BC is distinctive in higher education and epitomizes the very best of college athletics. I feel privileged to be a part of this community.”

University President William P. Leahy, S.J., thanked Bates for his dedicated service to BC Athletics during his four years as AD.

“Brad is a man of great integrity and has been a tremendous ambassador for Boston College and its Athletics program,” said Fr. Leahy. “CSA is fortunate to have him join its team.”

The University will embark on a national search for a successor and will engage the services of an executive search firm to assist in the process.

“With the continued leadership of the University, quality coaches, new facilities and the recruiting classes that have been signed this year, the future is very bright for BC Athletics,” said Bates. “I look forward to supporting our student-athletes in the years to come.”