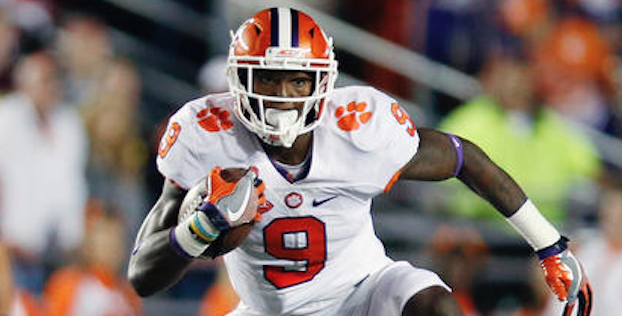 Dabo Swinney told reporters during a Wednesday teleconference that he “definitely” expects Wayne Gallman to play against Florida State on Oct. 29.

Gallman sustained a concussion in the first quarter of Clemson’s 24-17 victory over NC State. In his absence, the Tigers failed to capitalize on goal-line situations twice, with a turnover on downs in the first half and a Tyshon Dye fumble in the third quarter.

Gallman leads Clemson in rushing yards this season with 439 (on 5.4 yards per carry) and rushing touchdowns with five.