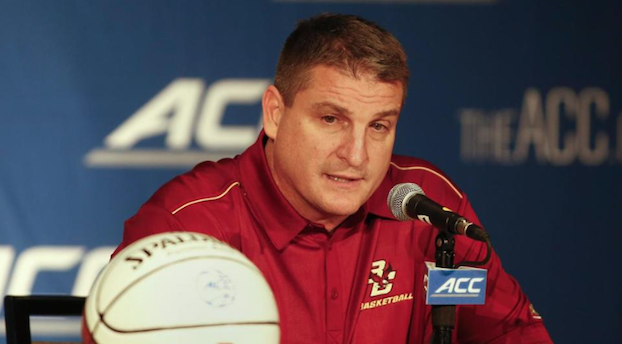 Boston College is 20-44 under Jim Christian over the last two seasons. (AP Photo)

According to Jeff Goodman of ESPN, two Boston College players are transferring out of the program.

Guard Matt Milon, who arrived as part of the team’s 2015 signing class, will be leaving the team after his true freshman year. Redshirt freshman power forward Idy Diallo is pursuing other options as well.

Milon started three of the 30 contests in which he saw action this season, 5.4 points and 1.4 rebounds per game. Diallo played in each of the team’s 31 games, averaging 1.7 points and 1.4 boards in 9.7 minutes per game.

In late March, Western Michigan forward Connar Tava announced that he will be transferring to BC. He will be immediately eligible as a graduate transfer.