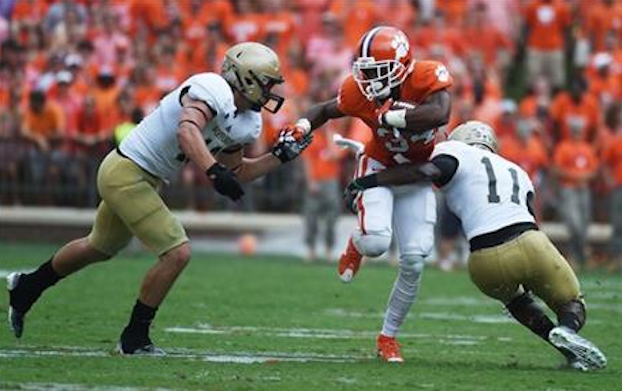 Ray-Ray McCloud will look to build upon his solid freshman season in 2016. (AP Photo)

It’s no secret: Clemson is absolutely stacked to the ceiling with gifted playmakers. Artavis Scott, Mike Williams, Wayne Gallman, Jordan Leggett. That’s not even everyone, but these are the proven veterans who have been a part of multiple double-digit wins teams at the school. However, there’s also a wave of younger pass-catching perimeter threats that will look to take on an even larger role for the Tigers in 2016.

To find out why fans should be optimistic about Ray-Ray McCloud, sign up for basic access to ACCSports.com.