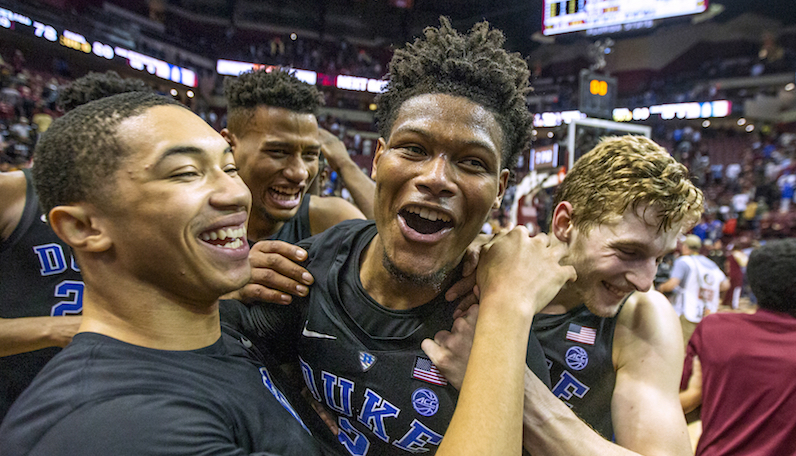 This week’s AP Top 25 men’s basketball poll is out. And just like last week, six ACC land inside the poll, led by No. 1 Duke. The Blue Devils are set to host Virginia next Saturday in Durham, which makes for a fun, early-season ACC matchup.

After an impressive showing in Chapel Hill — an 83-62 victory over North Carolina — Louisville lands just outside the top 25. Louisville received 112 points, which was right behind No. 25 Indiana (116).