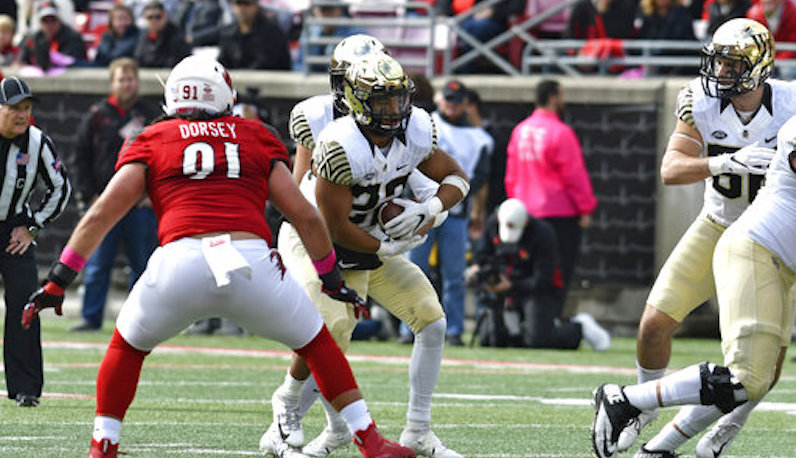 Wake Forest running back Matt Colburn (22) runs through an opening in the line during the first half of an NCAA college football game against Louisville, Saturday, Oct. 27, 2018, in Louisville, Ky. Wake Forest won 56-35. (AP Photo/Timothy D. Easley)

Louisville most recently played last night: a 30-0 win over Syracuse. Wake Forest was scheduled to Duke play on Saturday (Nov. 21); however, that game was called off due to an abundance of positive COVID-19 cases and subsequent quarantining of close contacts within Wake’s program.

Boston College at Louisville moved back to Nov. 28.

Wake Forest at Louisville on Dec. 19

The Atlantic Coast Conference announced today that, in an effort to maximize the opportunity to complete as many conference games as possible, the league has made the following schedule adjustments

Wake Forest is continuing to adhere to the outlined protocols within the ACC Medical Advisory Group report after positive tests and subsequent quarantining within the football team was announced earlier this week. The full ACC MAG report is available on theACC.com (full report). Should Wake Forest determine it is able to play next weekend, the ACC has approved its ability to schedule a second non-conference game.