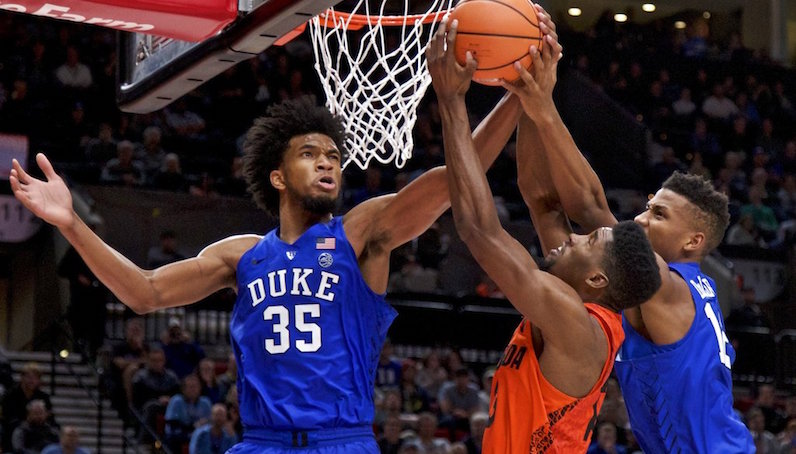 Duke freshman Marvin Bagley III swept both ACC Player of the Week and Freshman of the Week honors after his dominating performance in leading the top-ranked Blue Devils to the championship of the Motion Bracket in PK80 Invitational at Portland, Oregon.

Bagley has now earned four ACC weekly honors in the first three weeks of the 2017-18 season. The Phoenix native was also named the ACC Co-Player of the Week and Rookie of the Week on Nov. 13.

Bagley was named the Most Valuable Player of the eight-team Motion Bracket. In four games last week, he scored 106 points and grabbed 53 rebounds, averaging 26.5 points and 13.3. He is the first Duke player since 1973 to post three consecutive games of 15-or-more rebounds and is the first Duke player in history with consecutive performances of 30-plus and 15-plus rebounds.

The 34 points versus Texas tied Duke’s freshman scoring record (J.J. Redick vs. Virginia in 2003). Bagley’s six double-doubles are tied for the most in the NCAA. For the week, Bagley shot 60 percent from the field and 71 percent from the free-throw line, including 9-of-10 in the PK80 title game. He added seven assists, four blocked shots and two steals.