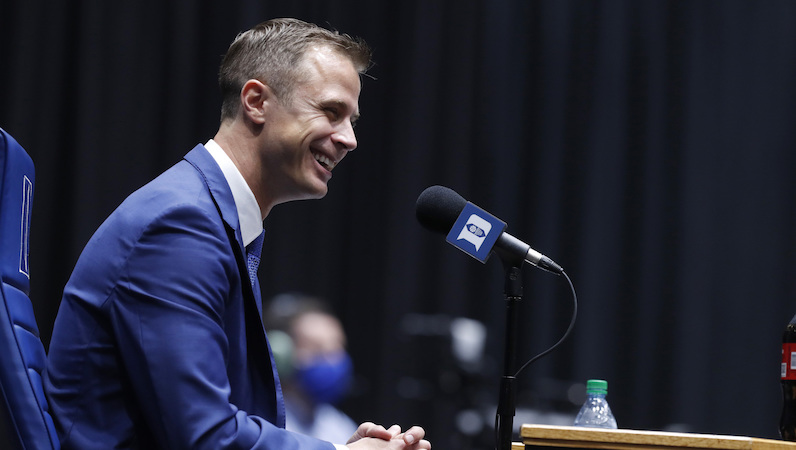 Dariq Whitehead, one of the top prospects in the 2022 recruiting class, has committed to Duke. A 5-star small forward, the 6-foot-6 Whitehead ranks as the No. 6 overall prospect in the 2022 class, per 247 Sports.

Whitehead’s commitment is the coda for a strong week of recruiting for Duke and coach-in-waiting Jon Scheyer; back on Thursday, Duke picked up a pledge from 4-star power forward/center Kyle Filipowski.

The decision to commit to Duke comes one day after Whitehead received an offer of $500,000 to play for the G League Ignite program. In the end, though, Whitehead picked Duke over that offer, along with Kansas and Florida State.

Whitehead took an official visit to Duke in early June. That was followed by official visits to FSU and Kansas, too. However, Scheyer — along with Nolan Smith and Chris Carrawell — are quickly showing their ability to recruit to Duke, beyond Mike Krzyzewski, who will retire in April 2022.

During the month of July, Whitehead, a gifted athlete on the wing, performed wonderfully on the Nike EYBL circuit for Team Durant: 16.5 points, six rebounds and three assists a game.

Scheyer: Paolo Banchero will be central to everything we do this season