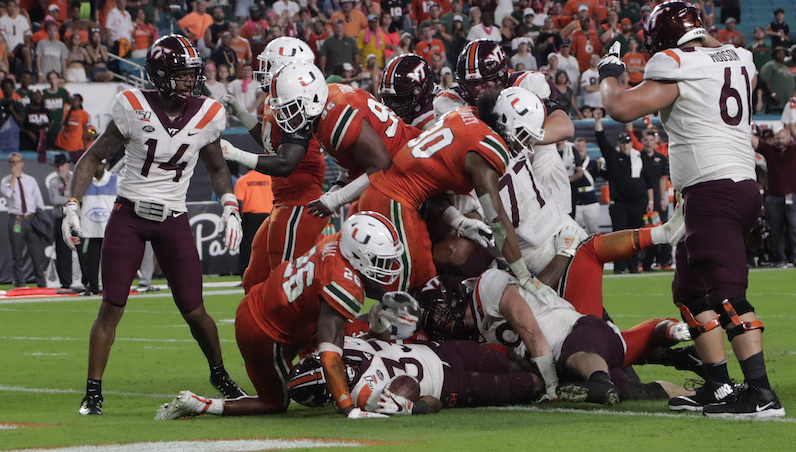 Gunner Givens is set to make his college decision.

On Friday (July 16), Givens will make his pick, which he announced on Twitter. The current leaders for Givens, a 4-star prospect, are Virginia Tech and Penn State.

i will be announcing my commitment at 6:30 this friday‼️

Givens ranks as the No. 131 prospect in the 2022 recruiting class and the No. 4 player in the state of Virginia, per 247 Sports Composite. A product of Daleville (Va.) Lord Botetourt, the 6-foot-5, 270-pound Givens took an official visit to Blacksburg on June 4.

However, Virginia Tech appears to be the favorite to land Givens. This would be a massive get for Justin Fuente.

The Hokies are in the midst of assembling a deep, talented 2022 class. With 18 commits on file, Virginia Tech’s class ranks No. 16 nationally — for now, that is. Givens would be the second 4-star prospect for VT and the top overall player.