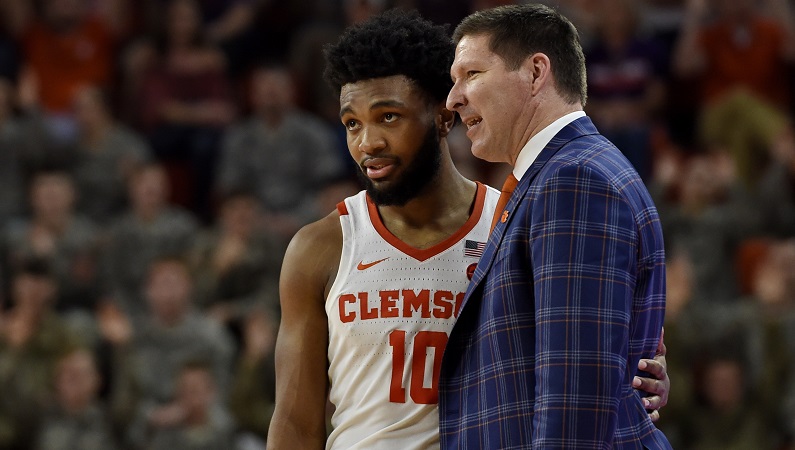 Over the weekend, Clemson landed a commitment from one of the top in-state prospects in South Carolina: Josh Beadle. A 3-star combo guard out of Columbia (S.C.) Cardinal Newman, Beadle picked Clemson over Wake Forest, VCU, Charleston and Furman.

From the 2021 recruiting class, 247 Sports slots Beadle in as the No. 8 overall prospect in South Carolina, and the No. 27 combo guard in the class. The 6-foot-3 Beadle is borderline top-100 prospect, according to Rivals.

Thank you so much to all the schools that offered & recruited @joshuabeadle23. I am truly grateful & appreciative of all the coaches that spent time recruiting Josh. It was truly amazing getting to know so many wonderful coaches & made this decision so difficult. #blessings pic.twitter.com/sPQDMWYcsw

Beadle mentioned the appeal of playing in the ACC as part of his decision-making process, too. Clemson’s 2021 recruiting class now sits at one commitment — with Beadle.

As for Wake Forest, this certainly stings a little bit for new coach Steve Forbes. Late last week, Forbes landed his first commitment from a prep prospect since taking over at Wake Forest: 3-star center Emmanuel Okpomo. However, Wake Forest’s 2021 class still sits with zero commitments, though that won’t stay the case for long.