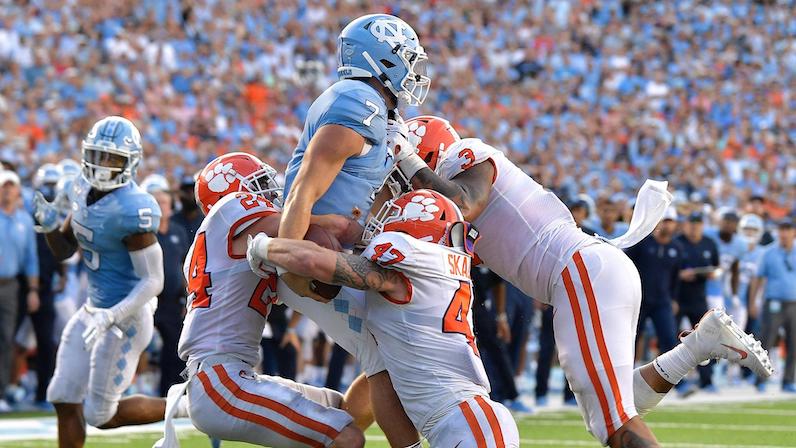 The Preseason AP Top 25 poll for college football is out. Three ACC teams land inside the poll, including two in the top 10: Clemson and North Carolina.

Notre Dame, which finished second in the league last season, its lone year of ACC football membership, checks in at No. 9.

No. 1 Alabama tops the preseason AP Top 25 while Oklahoma, Clemson, Ohio State, Georgia round out the top five. Cincinnati, Iowa State and North Carolina all make the top 10.