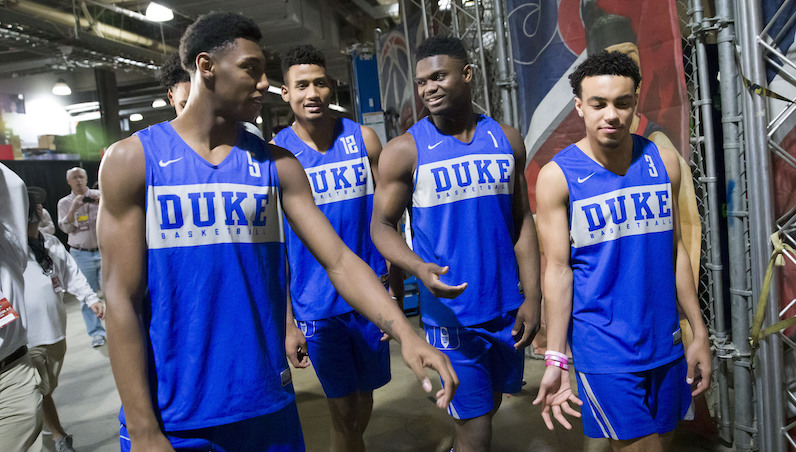 The 2019 NBA Draft is set to take place at the the Barclays Center in Brooklyn on June 20. Between now and then, though, there are several key dates to keep an eye on.

Last Sunday night (April 21) was the final day for underclassmen and international players to officially declare for the draft by submitting paperwork to the league office. This year 233 early-entry players declared for the draft. Of that mix, 175 players are from American college, along with 58 international players, which is a record. (In 2018, 236 early-entry players declared for the draft, another record, including 181 from colleges.)

This pool of early entrants includes 27 players from the ACC; factored into that number are NC State signee Jalen Lecque and Sacha Killeya-Jones, who left NC State in February.

UVA: Hunter, Jerome, Guy and Diakite all declare for the NBA Draft