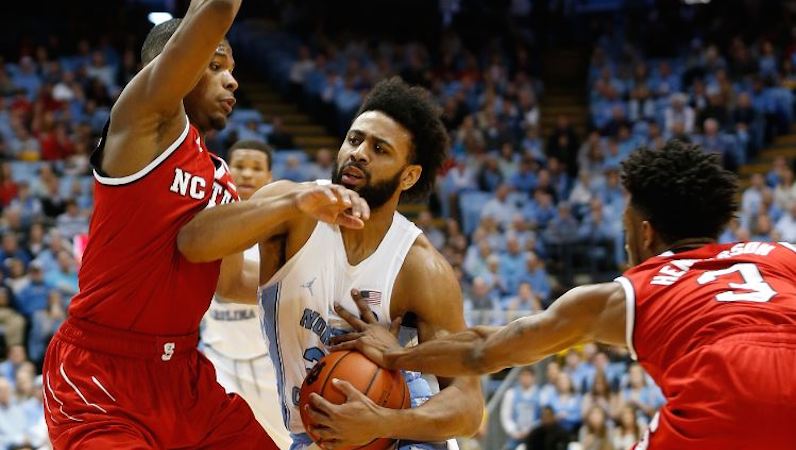 This month, ACCSports.com is taking a look at some of the best point guards in the ACC in an effort to see if we can determine who will be the league’s top lead guard next season. Last week, we looked into the cases for Bryant Crawford and Bruce Brown. Earlier this week, we took a look at pick-and-roll maven Matt Farrell. Today, we focus on the only ACC floor general with an NCAA Championship to his credit: North Carolina basketball’s Joel Berry.

The departure of Tony Bradley to the NBA Draft, which was made official this week, means that North Carolina will be a far more perimeter-oriented team in 2017-18. It’s not exactly great news when your team loses its top three big men; however, there’s nothing wrong with loading up on speed, passing and shooting. It’s especially advantageous, too, when Joel Berry runs the show.

Each and every year, we obsess over how many prep All-Americans go to which schools. But what really matters in college hoops — year in, year out — is experience. Berry has seen and done just about everything. He’s played in 108 games and over 2,700 minutes in his career. Berry is just six points away from eclipsing 1,200 points for his career. It’s more than just the tournament games, though. Yes, Berry has gone through some battles, but his production is what really stands out.

According to Sports Reference, Berry is one of just seven returning ACC players who played at least 30 minutes per game, posted a usage rate above 20 percent and an assist rate above 16 percent. It is nearly impossible to find a player with as much talent and seasoning as Berry in college basketball — period.

After two full seasons as a starter, Berry has already become one of the best three-point shooters in program history. That shooting range is critical for Berry, too, because he’s not the best at finishing around the rim — just 39.1 percent shooting on non-post-ups at the hoop. But guess what: three is more than two, and Berry is one of the league’s best at filling it from deep.

In fact, Berry and Duke’s Grayson Allen are the only two returning ACC players who attempted at least 200 threes in 2016-17 and shot 36 percent or better on said attempts.

Berry will have to work on his off-the-dribble jumper; according to Synergy, he connected on only 29 percent of those types of shots as a junior. This is where the importance of a secondary creator like Theo Pinson comes into play.

Pinson, compared to Berry, actually assisted on a higher percentage of North Carolina’s made baskets when he was on the floor, according to KenPom.com. Pinson posted an assist rate of 22.9 percent. Next season, he will need to shoulder an even larger load of the playmaking duties because Berry is just too good off-the-ball. North Carolina’s offense will need him moving without the ball and looking for shots in an effort to bend defenses.

According to Synergy, Berry scored 1.15 points per possession on spot-ups this past season. He shot a shade under 41 percent from the field on spot-ups, which sounds pretty good but is also kind of misleading. Berry posted an adjusted field-goal percentage of 59.4 percent. Bascially, when Berry shot the ball out of a spot-up in 2016-17, it was worth nearly 1.2 points per possession — an absolutely torrid number.

UNC’s opponents will be able to load up on Berry more than ever before in the 2017-18 season. Justin Jackson, Kennedy Meeks, Isaiah Hicks — all really good at basketball — no longer play for the Tar Heels. Those three players commanded serious attention. Now, all roads in Chapel Hill will run through I-2.

Don’t seek shelter from a falling sky just yet, though. Berry was one of the best isolation players in America this season.

Berry scored 1.02 points per possession (45 FG%) on isolation plays, according to Synergy Sports. That ranked No. 20 in Division I basketball and No. 1 in the ACC for the 2016-17 season (minimum of 50 possessions). He turned the ball over on just 9.3 percent of these possessions, too, which was better than Duke’s Jayson Tatum and Luke Kennard.

UNC didn’t run a ton of isos for Berry during his junior campaign; less than 10 percent of his possessions were spent in isolation. That number will have to climb next season.