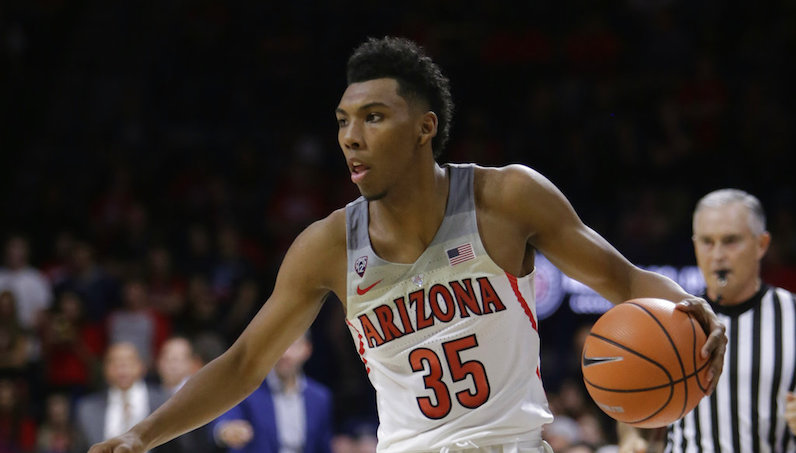 The level of competition is about to increase for NC State basketball, significantly. The Wolfpack stacked four wins in the first seven days of the college basketball season — all against teams that rank outside the top 280 in terms of KenPom’s efficiency rankings.

After deciding not to test the 2017 NBA Draft, Allonzo Trier got to work on getting ready for a monster junior season. It’s all going according to plan.

Trier, who is one of two Division I players averaging at least 30 points per game, ranks No. 1 in KenPom’s Player of the Year standings — narrowly ahead of Wisconsin’s Ethan Happ and Bonzie Colson of Notre Dame. Unlike those two players, though, Trier spends his time on the wing.

According to Synergy Sports, Trier is shooting 58.3 percent (75 percent effective field goal rate) and scoring 1.47 points per possession on spot-ups. Trier is 10-of-17 (58.8 percent) on three-pointers.

Arizona ranks No. 2 in the nation in effective field goal rate (64.7 percent); Trier’s range shooting is a big part of that equation. As a team, though, the Wildcats have shot 51 percent on three-pointers — which is good for No. 3 in Division I.

The 6-foot-5 junior is flashing some game in Zona’s pick-and-roll attack, too. As a shooter, Trier has scored 1.36 points per possession as a ball handler on pick-and-roll possessions, per Synergy — a top-25 number nationally.

But that’s not all, though

One of Trier’s teammates — DeAndre Ayton — is a top NBA prospect, too. The 7-foot-1 Ayton, who hails from the Bahamas, dominates at the rim.

Nearly 46 percent of Ayton’s possessions occur on non-post-ups at the basket. Ayton has connected on 86.7 percent of those attempts, and scored 1.8 points per possession, per Synergy — No. 20 in the nation. Get him the ball close to the rim and he knows what to do with it: finish with authority.

According to Synergy, Ayton is a perfect 5-of-5 on field goal attempts after a cut. NC State won’t see another player quite like this until it has to defend Duke’s Marvin Bagley — a former high school teammate of Ayton.

NC State Basketball: Early-Season trends are both promising and problematic