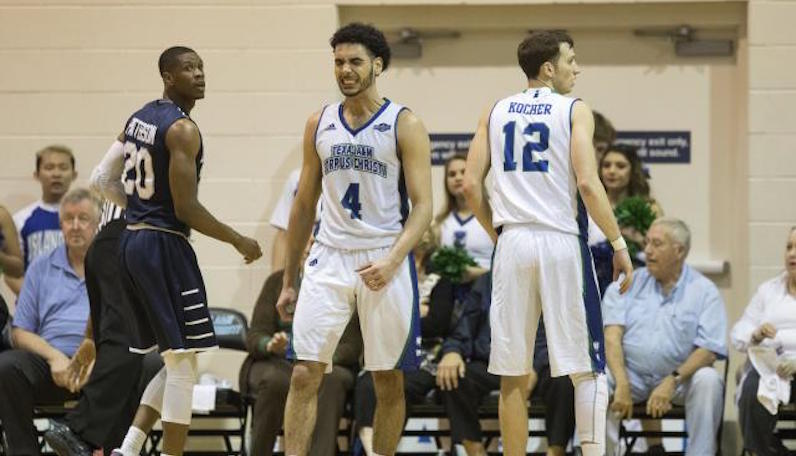 As discussed yesterday with regard to Delaware transfer Ryan Daly, NC State is in the market to add another player. According to ESPN’s Jeff Goodman, there’s a second name to consider: Ehab Amin of Texas A&M Corpus Christi.

Let’s take a quick look at why Kevin Keatts would be interested Ehab Amin.

The Southland Conference may not be the highest level of basketball in Division I; however, one number of Amin’s jumps right off the page: steal rate.

According to KenPom, Amin stole the ball from opponents of 5.8 percent of the team’s defensive possessions. This number ranked second nationally. The prior season (2015-16), Amin was third in the nation with a steal rate of 5.4 percent.

In both his sophomore and junior seasons, Amin averaged four steals per 40 minutes. The native of Alexandria, Egypt forced a turnover on 12.5 percent of the spot-up possessions he defended in the 2016-17 season, per Synergy Sports.

He is capable of turning those steals into points, too. According to Synergy, Amin scored 1.09 points per possession (59.1 eFG%) in transition during the 2016-17 season. In general, Amin is good at finishing around the basket — 1.17 points per possession, 56.5 percent shooting.

All of this would appeal to Keatts, and his pressure-packed full-court switchy defense. NC State finished outside the top 100 in terms of adjusted defensive efficiency, per KenPom; the Pack had issues this season, especially defending the rim.

An addition like Ehab Amin — someone that can apply ball pressure and force turnovers — could be a serious boon for Keatts and NC State’s defense.