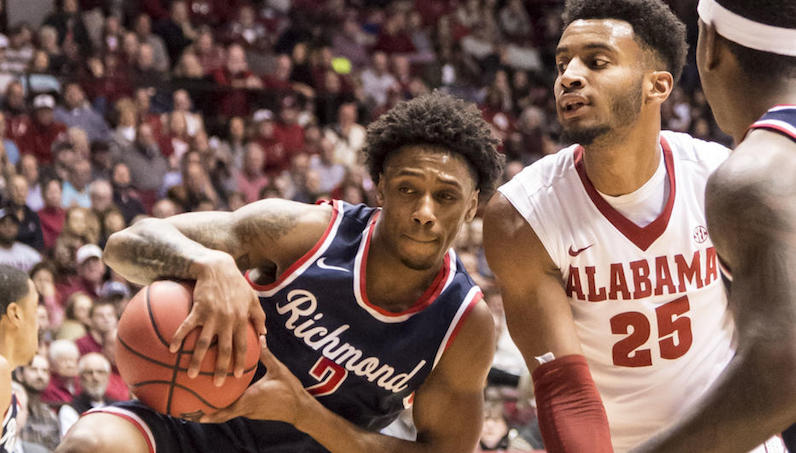 In the middle of last week, at the end of May, Chris Mack landed his first big recruit at Louisville. The new coach, only on the job for about two months, got a commitment from 4-star shooting guard Josh Nickelberry, a top-60 recruit in the 2019 class.

Mack is a great coach — with a proven track record going back over the last decade at Xavier; it was only a matter of time before he got things rolling at Louisville. Those good vibes carried over into the weekend, though, as the Cardinals added yet another player: Richmond graduate transfer Khwan Fore.

A four-year player at Richmond (98 games, 64 starts), Fore initially committed to Tennessee at the end of April; however, the 6-foot guard recently re-opened his recruitment, and wasted little time pledging to Mack and Louisville. (Auburn was in the mix for Fore, too.)

With Quentin Snider departing the program, Louisville has plenty of minutes and possessions to divvy up in the backcourt. Rising sophomore Darius Perry will get more time to shine, too; Dwayne Sutton closed the his redshirt sophomore campaign with some strong postseason play. Last month Mack and Louisville also added grad transfer Christen Cunningham — Samford’s all-time assist leader.

However, Fore adds a bonafide scorer to the guard spot — someone that’s played a lot of minutes in a good basketball conference: the Atlantic 10. Let’s take a quick look at what else Fore adds to Mack’s rotation.

Fore spent some time in the pick-and-roll as well. He averaged nearly four attempts from the free throw line, thanks in part to his work in the pick-and-roll. Fore scored 0.86 points per possession out of this action, and drew a shooting foul on 12.7 percent of those possessions, per Synergy.

And while Fore’s three-point shooting numbers don’t look so great, there’s maybe something more to keep an eye on here. Fore shot just 27.5 percent from beyond the arc last season; however, he was decent off the catch. Nearly 82 percent of his makes from deep were assisted, and according to Synergy, Fore post an effective shooting rate of 54.8 percent on catch-and-shoots.

Now an upperclassman, Duke’s Marques Bolden is one of the ACC’s most intriguing players

Due to positive COVID-19 test, Louisville vs. UNC-Greensboro game canceled

With David Johnson making a leap, can Louisville rise to the ACC’s upper echelon?