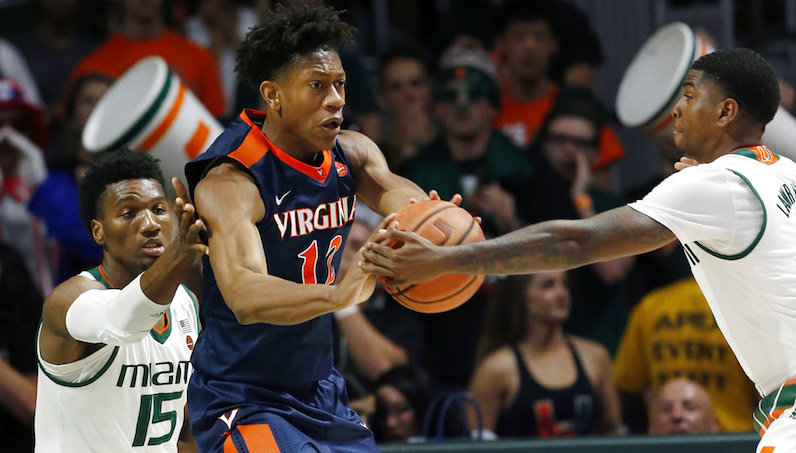 This week’s AP Top 25 poll is out; after seven days of moving and shaking, here’s a look at the five teams the landed in the top 25. Virginia remains No. 1 after playing just one game — a road win over Miami. Florida State, which struggled at times on Sunday against Pittsburgh, creeps back into the poll after a 2-0 week.

The ACC is the only league with three top 10 teams; the Big Ten, Big 12 and Big East all have two top-10 teams, each.