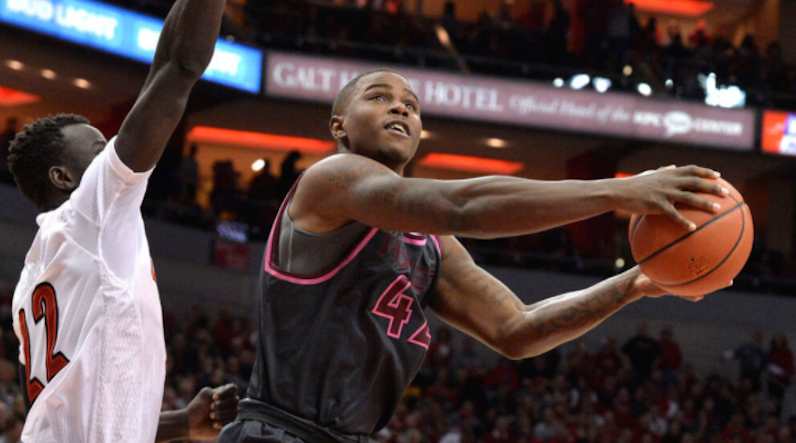 Word broke late Monday morning that Virginia Tech’s Ty Outlaw will likely miss the entire 2017-18 basketball season due to ACL surgery. The story was reported by David Teel of the Daily Press.

It’s a tremendous loss for the Hokies, and it’s wildly unfortunate for Outlaw. The 6-foot-6 redshirt senior could petition the NCAA for a sixth year of eligibility; as Teel notes, if that doesn’t come to fruition, Outlaw’s collegiate career is over.

In a more micro sense, though, here’s why Virginia Tech basketball will desperately miss the outstanding play of Ty Outlaw.

Ty Outlaw is one of the best shooters in college basketball. That’s not hyperbole; it’s not an exaggeration. Outlaw was incredible last season for Virginia Tech.

It goes well beyond the sizzling 49.1 percent of three-pointers he hit last season, too. That number only tells a portion of the full story.

According to Synergy Sports, nearly 89 percent of Outlaw’s attempts in 2016-17 were jump shots. Outlaw shot 49.6 percent (72.6 percent effective field goal rate) on jump shots. He scored 1.45 points per possession, which ranked No. 1 in the ACC and No. 3 in Division I.

When isolating for catch-and-shoot jumpers, Outlaw was of course razor sharp.

Ty Outlaw shot 49.5%, via @SynergySST, on catch-and-shoot possessions last season — No. 1 in the ACC https://t.co/mtfjsjm7UY

Outlaw was one of just nine players in Division I basketball last season to attempt at least three three-pointers per game and shoot at least 48 percent from beyond the arc.

Kyle Guy of Virginia was the only other ACC player to accomplish that feat, too.

After a year at UNC Greensboro, and a year at a junior college in Texas — and after missing the entire 2015-16 season due to a heart condition — Outlaw started to find quality playing time in Virginia Tech’s somewhat crowded rotation.

However, Outlaw ended the season absolutely on fire. In the final eight games of the season, Outlaw averaged 13.9 points (on 7.6 field goal attempts) while shooting 64 percent from downtown (32-of-50). All of came against soon very high-level competition, too.

With the departures of Seth Allen and Zach LeDay — two fixtures for the Hokies — Outlaw was due for a larger role in 2017-18.

Virginia Tech managed to do this largely on the backing of its potent offense. According to KenPom, the Hokies ranked No. 21 nationally in offensive efficiency: 117.4 points per 100 possessions. That’s the most efficient offense Buzz Williams has ever coached — better than his 2010-11 team at Marquette that featured future NBA players Jimmy Butler and Jae Crowder.

Ty Outlaw was tops, individually, on the team with an offensive rating of 124.5 points per 100 possessions. That ranked 57th in all of Division I ball.

This was important for the Hokies, too, because the team had issues all season defensively. In fact, Virginia Tech ranked No. 156 nationally in defensive efficiency, per KenPom.

Tech needs to be able to play with tempo and outscore its opponents, track meet style.

Allen and LeDay — the team’s top two scorers — are gone. Justin Robinson is a sneaky awesome point guard; Chris Clarke will return, and once again give Virginia Tech his ubiquitous game. Ahmed Hill and Justin Bibbs can both sizzle from deep, too.

The Hokies still have firepower, no doubt, but Outlaw’s shooting and utility as a small-ball four will be tough to replace. Clarke will have some utility here, but he’s not the shooter that Outlaw is, and for a team that needs to put a premium on scoring, this is a major blow.