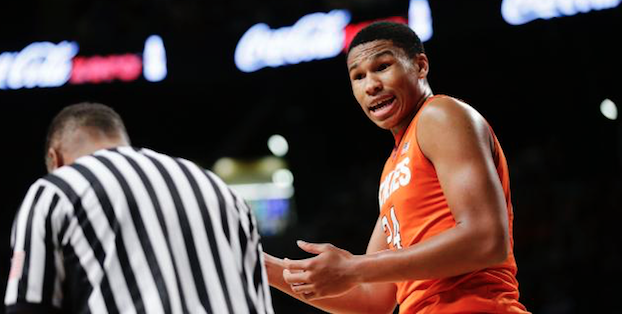 Kerry Blackshear’s status for the start of the season was in doubt after the Virginia Tech forward underwent foot surgery early in the offseason. Now, the sophomore could be sidelined for an extensive period of time.

Hokies head coach Buzz Williams told reporters Monday that Blackshear might miss the 2016-17 season as he recovers from a stress fracture in his leg:

#Hokies coach Buzz Williams says forward Kerry Blackshear could miss the season as he recovers from a stress reaction in his right leg.

Blackshear made an immediate impact as a freshman in Blacksburg last winter. The Orlando, Fla., native played in all 35 of Virginia Tech’s games, starting five and averaging 19.2 minutes per contest. He finished the 2015-16 season averaging 6.2 points and 4.5 rebounds per game.

While power forward is Blackshear’s true position, he was in line to see significant time as the Hokies’ center in small lineups this season. His presence was also expected to compensate for some of the offseason losses in the frontcourt.