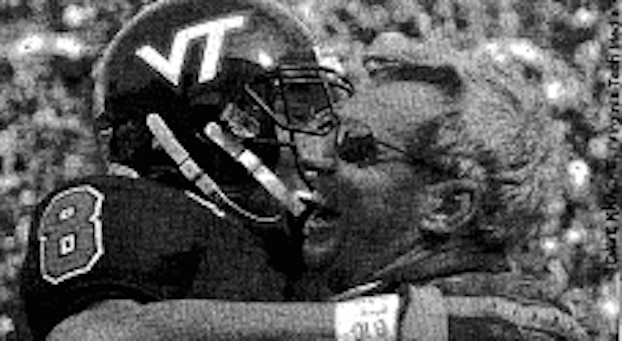 With Frank Beamer’s Sunday announcement that this season will be his last as Virginia Tech’s head football coach, we dug through the archives and took a look back at the Hokies’ first season in the ACC — a 2004 campaign that led to a first-place finish in the league standings.

As much as it would satsify Virginia Tech defensive end Darryl Tapp to hear ACC reporters and columnists give Tech a collective apology, he doesn’t expect it. He just can’t imagine why so many thought the Hokies wouldn’t be able to compete at the highest levels of the ACC.

He’s not alone. For most teams, playing the “nobody-respects-us” card is popular in modern college athletics. It’s a concept that plays directly to the ego of the athletes. But in the midst of Tech’s summer 2003 struggle to gain admission into the ACC, it became apparent that respect was indeed an issue. With Tech picking up at least a share of the ACC football championship in its first season in the league, punctuated by a 24-10 vicotry over archrival Virginia, respect definitely has been earned.

“In my opinion,” Tech coach Frank Beamer said, “what conference wouldn’t want us?”