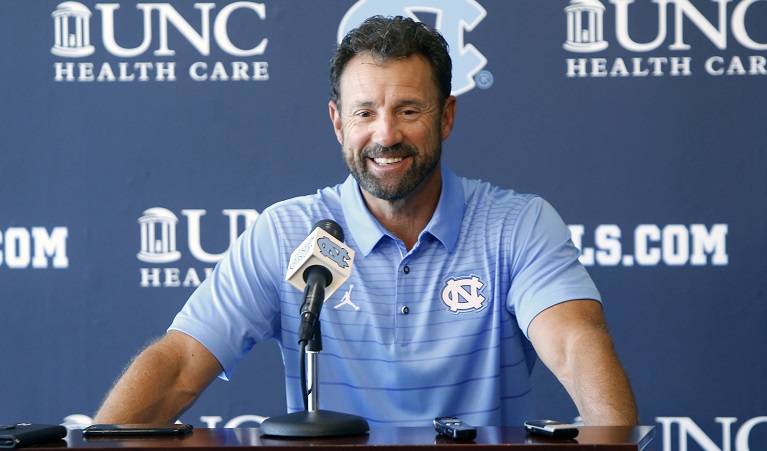 With June winding down, NC State sits in the top 25 of the 247Sports Composite team football recruiting rankings. The Wolfpack secured North Carolina’s No. 2 overall prospect – defensive end Savion Jackson of Clayton – to climax a busy month of June.

Over the first three weeks of June, the Wolfpack secured nine prospects, including four of the top 30 players in the state of North Carolina.

By contrast, NCSU’s archrival North Carolina have picked up two top 50 North Carolinians in the month of June – Hope Mills wide receiver Emery Simmons and Havelock wide receiver Weldon Spottsville. The Tar Heels are clinging to the top 50 of the national team recruiting rankings, but are twenty spots behind the Wolfpack.

The Wolfpack have two consensus 4-stars – Jackson and defensive tackle C.J. Clark – while UNC has none.

NCSU has five commitments listed as consensus top 600 prospects. North Carolina has one.

What can Larry Fedora and his coaches do to fight off this perception? Can they get back on top of the hated Wolfpack on the recruiting trail?

One of the biggest things may have already been done. That’s the renovation of Kenan Stadium, pulling out the aluminum seating and adding individual seats. With approximately 10,000 fewer seats, as well as the ambiance that individual seats provide compared to aluminum benches, Kenan Stadium will be a cozier, more fan-friendly venue.

It’s common knowledge among those familiar with Payton Wilson’s recruitment that during his frequent visits to Chapel Hill as a commitment during the early part of the 2017 season, the Hillsborough 4-star linebacker was turned off by the relative lack of game-day environment in Kenan Stadium compared to Carter-Finley Stadium. This played a significant role in Wilson’s ultimate decision to switch to NC State.

By reducing the capacity at Kenan Stadium, and removing the much-derided “sea of aluminum” that recruits were forced to take in on fall Saturdays, UNC has already done a great deal to eliminate the perception among recruits that Kenan is not a high-quality game-day atmosphere. It will be more challenging for Dave Doeren and his staff now to cast UNC as a horrible game-day environment compared to NCSU.

The next thing UNC must do is win this fall. Anything short of a winning season and return to a bowl game likely won’t move the recruiting needle for the Tar Heels.

Recruits want to play for a program on the rise. And to the contrary, the 2017 season was the low point of the Larry Fedora era in Chapel Hill. Recruiting has predictably suffered in the aftermath.

The Tar Heels have a golden opportunity in 2018 to rise on the field, which will naturally make the program more attractive to prospects. Aside of the logistics issues at Kenan Stadium, which have already been addressed, UNC can do little more to chip away at the Wolfpack.