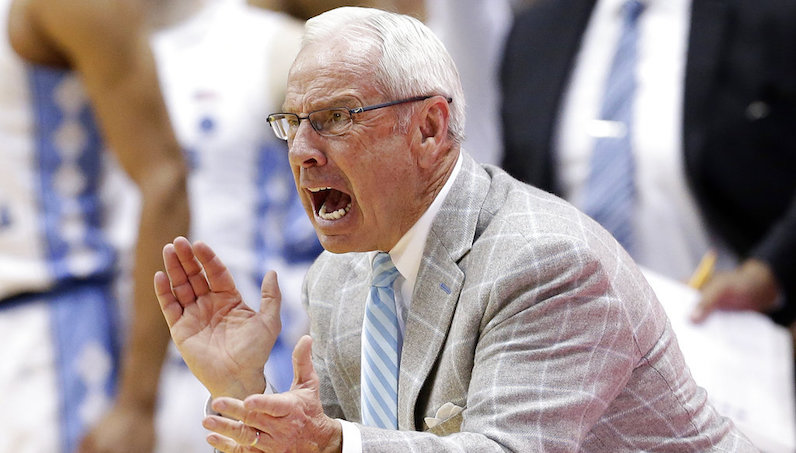 As North Carolina heads into the 2018-19 season, one of the biggest questions surrounding the Tar Heels is who will replace Joel Berry at point guard. But the Tar Heels have another interesting situation brewing along the wing, as a variety of players seek to replace Theo Pinson’s production.

While newcomers Rechon Black and Coby White are the leading candidates to replace Berry, a third freshman – 5-star phenom Nassir Little – may be the natural fit to step into the lineup to replace Pinson.

As an all-around player – the No. 3 prospect nationally in the 247Sports Composite – Little will be UNC’s top NBA prospect from the minute he takes the court. But it’s far from a sure thing that Little will start for UNC from day one.

The Tar Heels just so happen to have multiple similar players, including several who are more experienced. The question for Roy Williams is whether or not he wants to return to a more traditional lineup in 2018-19, or go with his five best players.

Power forward Garrison Brooks made 16 starts last season, only to be supplanted in the starting lineup by Johnson in January. Though he missed the early part of the season with a knee ailment, Johnson wound up starting 20 of UNC’s final 21 games. But with 36 combined starts between them, Johnson and Brooks provide the Tar Heels much-needed experience.

If Williams decides to go with his five best players, regardless of position, the Tar Heels will probably employ a starting lineup featuring Williams, Maye, Johnson, Little, and whoever emerges at point guard.

That’s a relatively small lineup – one that will have to overachieve on the boards to have a chance of lifting UNC back to the top of the ACC. It worked last season for Carolina, as the starting rotation of Maye, Williams, Johnson, Berry, and Pinson – though smaller than most UNC lineups in recent decades – led the Tar Heels to 26 victories.

Little bit of everything

In Little, the Tar Heels have a do-it-all wing who can create his own shot along the perimeter in halfcourt settings, or finish in transition. Little is also a stellar perimeter defender – something that will endear him to Williams.

The biggest keys for Little will be rebounding and perimeter shooting. If Little can prove capable at grabbing boards from along the wing, and that the Tar Heels will miss his defensive and offensive production if he’s off the floor, he’s a good bet to crack the starting lineup. It will also be increasingly difficult to keep Little out of the game if he’s shooting well from outside.

Little won’t be UNC’s top go-to outside shooting option. That distinction, until proven otherwise, will go to Williams, Maye, and Johnson. But Little’s ability to make 3-pointers will spread out opposing defenses even more, opening things up all over the floor offensively for the Tar Heels.

If Williams gets the sense that the Tar Heels will be better suited to start Brooks or Sterling Manley in the post, Little is a prime candidate to come off the bench as UNC’s sixth man. That will depend on a wide range of factors, including how well the Tar Heels shoot and rebound without Little on the floor, as well as how well Brooks and Manley play early on.

Despite Little’s clear talent, he will be hard-pressed, at least in November and December, to replace three veterans such as Maye, Johnson, and Williams.

It’s a matter of whether Williams feels more comfortable with four perimeter types – Williams, Maye, Johnson, and Little – or if he prefers that additional inside presence via Brooks or Manley. Either way, whether he cracks the starting lineup right away or comes off the bench, Little will be a key component of the UNC rotation this coming season.

Read more: Who ya got, 2015 UNC Basketball: Brandon Ingram vs. Kenny Williams and Luke Maye?