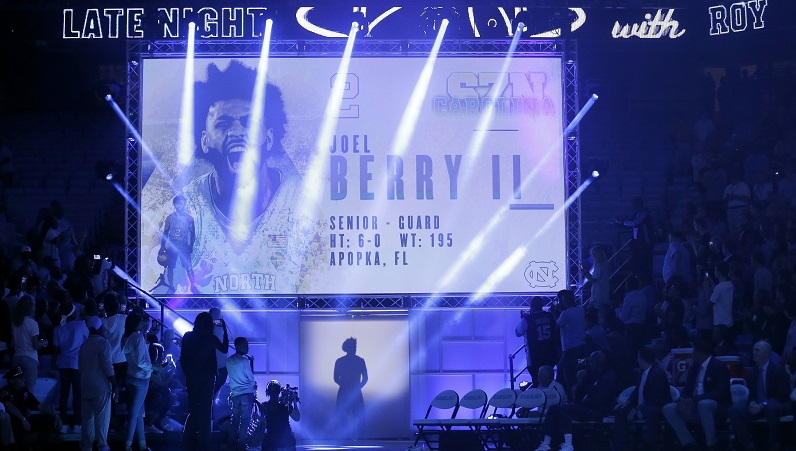 North Carolina will be without the services of senior point guard Joel Berry for approximately a month. UNC head coach Roy Williams confirmed this week that Berry broke his hand punching a door after losing a video game he was playing alongside Theo Pinson and a student manager.

It’s hard to find much good out of losing your starting point guard. And there aren’t too many positives that come with a major injury. But from the standpoints of timing and player development, Berry’s injury isn’t the catastrophe that it could have been. That is, if UNC wasn’t as deep as they are, and the injury took place during the winter months.

UNC’s loss of Berry for the next month will force Williams to envision scenarios. Scenarios that involve Berry not on the court – whether it’s fouling out, or being injured later in the year. By the time ACC play does roll around, Williams will have a clear grasp of which lineups work best without Berry on the floor. Which matchups are more advantageous against certain defenses, and against certain guards of varying sizes and abilities.

The time without Berry will force Williams to be a better coach – a more innovative coach.

Separate from the players involved, this period will put Williams to the test. November is often a time of experimentation for college coaches by choice. This November, Williams will have to experiment by necessity, which could aid UNC later in the season.

Without Berry in the rotation, UNC is looking at freshman Jalek Felton, sophomore Seventh Woods, and senior Pinson at point guard.

Pinson is not a natural point guard. But as UNC’s most experienced and most explosive backcourt player, it makes sense to let him handle the ball and get his feet wet.

Pinson, if nothing else, gives UNC continuity on the floor. A player familiar with game speed and tempo. Pinson’s presence will allow Williams to get creative with his deep backcourt rotation. Giving Pinson time at the point instead of along the wing will open up opportunities for players like Brandon Robinson and Andrew Platek to step up.

Woods, who had an up-and-down freshman season, has a chance to demonstrate he has matured on the court. He’ll have a chance to show the improvements that his teammates have seen in his game throughout the offseason.

For Felton, a highly-touted newcomer, the accelerated timeframe for early playing time doesn’t come with a great deal of pressure. Felton won’t be asked to carry the full load at the point. He can learn the position and gain experience without the weight of the season on his shoulders.

The earliest Berry could return is around Nov. 20, when the Tar Heels play Stanford. Between now and then, Pinson, Woods, and Felton have a golden opportunity. Although UNC isn’t the same team without Berry on the floor, his absence will force his teammates to get better in picking up the slack.

More: Is being cleared by the NCAA enough to help UNC land Zion Williamson?