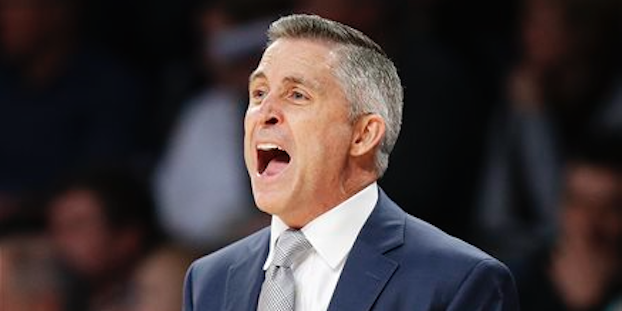 Georgia Tech's 68-64 win over Virginia was the program's third victory over a Top 10 opponent under Brian Gregory. (AP Photo)

Georgia Tech picked up its first ACC win of the season on Saturday with a 68-64 victory over No. 4 Virginia. The upset marked the first time in two seasons that Brian Gregory’s team has defeated a Top 10 opponent, and it was Tech’s first win over a Top 5 squad in six years.

The victory is easily one of the most impressive of the Gregory era. What have been the program’s other major triumphs over the last 10 years?

After opening up the season with a 25-0 record, Syracuse had trouble getting a win against anyone beyond mid-February. The Orange fell to 26-4 after they were handed a loss at home against Georgia Tech.

Trae Golden led the way for the Yellow Jackets scoring 16 points and knocking down clutch free throws down the stretch. Big men Robert Carter and Daniel Miller shined as well, combining for 27 points and 15 rebounds.