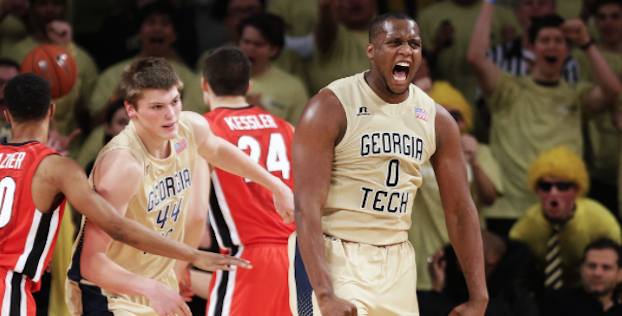 The Yellow Jackets will face the Razorbacks at 2 p.m. on Thanksgiving Day, Nov. 26, in one semifinal, televised on ESPNU, while the Wildcats and Cardinal will meet at 4:30 p.m. in the other, on ESPN2. The third-place game will be played at 12:30 p.m. on Friday, Nov. 27 (ESPNU), with the championship game at 3 p.m. on ESPN2.

The 2015 format will feature eight Division I programs – the four home teams of Arkansas, Georgia Tech, Stanford and Villanova will each host two designated campus-site teams prior to traveling to Brooklyn. The four campus-site teams will be Akron, Charleston Southern, East Tennessee State and Green Bay.

Georgia Tech will host Green Bay Thursday, Nov. 19, and East Tennessee State in Sunday, Nov. 22. Both games will be played at McCamish Pavilion.

“To play in the NIT Season Tip-Off is prestigious, and we’re honored to be part of it,” said Tech coach Brian Gregory. “The three teams that we see in New York are top-notch, but even beyond them, you look at the successes of Green Bay and East Tennessee State in the recent past. It’s a tremendous tournament, starting with the two games at home and ending with the teams in New York.”

Tech has played in the NIT Season Tip-Off four times previously, compiling an 11-3 record. The Yellow Jackets won the 2003 event in their last appearance at Madison Square Garden, with victories over top-ranked Connecticut and 25th-ranked Texas Tech. Now owned and operated by ESPN Events, the NIT Season Tip-Off is moving to Barclays Center in Brooklyn, N.Y. It is a continuation of the annual pre-season event that has been played at Madison Square Garden since 1985.