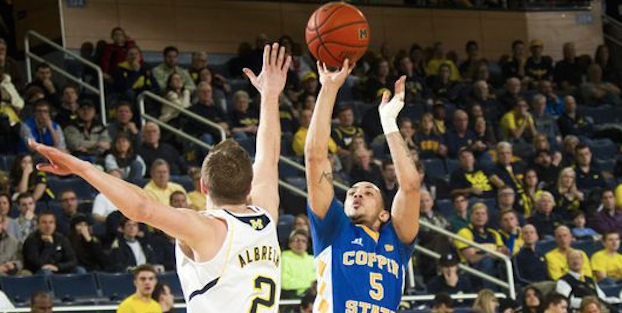 After bringing in four transfer players last offseason, Georgia Tech is looking to add at least one more for next year. According to Jeff Borzello of ESPN, the Yellow Jackets will be hosting former Coppin State guard Sterling Smith on April 17, the same day as their spring game for football.

As a graduate transfer, Smith will be immediately eligible for next season. The 6-4 guard is also considering Wake Forest, and he visited Winston-Salem on Thursday.

As a junior, Smith led Coppin State in scoring with 13.9 points per game and averaged 4.9 rebounds per contest.

Tech has one available scholarship for the 2015-16 season.