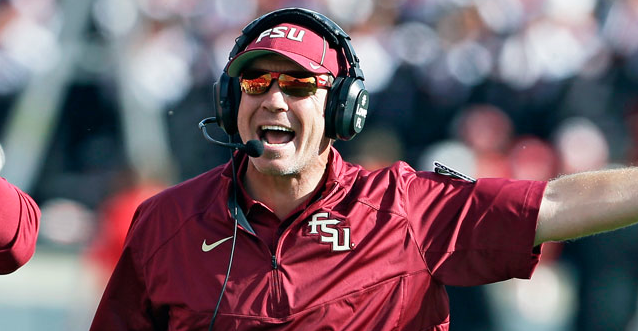 Florida State’s 2016 recruiting class has ranked among the best in the country throughout this cycle, and in the last couple of days, the Seminoles’ coaches have added to that group. On Sunday, Jimbo Fisher’s staff landed athlete Clifford Chattman, and it followed that up a day later by picking up a commitment from fullback Gabe Nabers.

Just a few months ago, Chattman appeared to be Baton Rouge-bound. The New Orleans native committed to LSU in February 2015 but reopened his recruitment last November.

According to Rivals.com, Chattman took an official visit to Tallahassee over the weekend, and that was enough to sell the 6-4, 175-pound prospect:

Chattman played both safety and linebacker at McDonogh 35 High School. He is a consensus 3-star recruit and projects as a safety at the college level.

The last two weeks have been eventful for Nabers, who has been committed to three different schools this month. He initially pledged to Georgia Southern in June 2015, but the Valdosta, Georgia, fullback switched his commitment to USF earlier this month. On Monday, he flipped from the Bulls to the Seminoles:

As a senior at Lowndes High School this past fall, Nabers caught 17 passes for 173 yards and six touchdowns, according to MaxPreps. He is rated the No. 180 senior from Georgia on the 247Sports Composite.

With eight days remaining until signing day, Florida State has 20 players committed to its 2016 class.