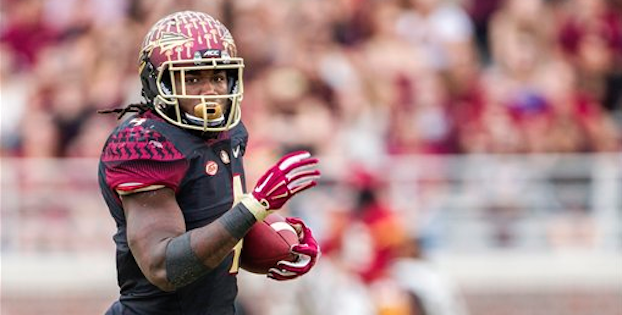 The best players in the nation are beginning to separate themselves from the pack, and Saturday will mark the final opportunity for a few top performers to leave a lasting impression on Heisman voters.

One player hoping to shine on the national stage this weekend is Florida State running back Dalvin Cook. The sophomore has already stated that he believes he’s deserving of the Heisman Trophy, and this Saturday he’ll face a Florida defense that has been stingy against the run throughout this season.

While Cook has had a spectacular year to date, he’s not the only running back who’s in the conversation. Derrick Henry of Alabama, Leonard Fournette of LSU, Ezekiel Elliott of Ohio State and Christian McCaffrey of Stanford each have a shot at receiving an invitation to New York as a finalist for the Heisman.

How does Cook stack up to those four potential candidates?