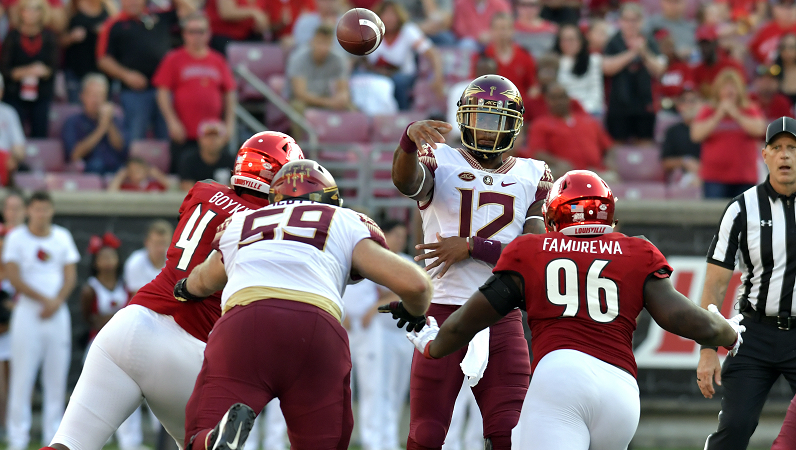 The five up front for the Seminoles through up to this point in the 2018 season have been arguably one of the worst Power 5 position groups in the county. First-year head coach Willie Taggart is catching a lot of flak for the early-season performance, but it’s clear that the cupboard he inherited was far from full.

There are a number of reasons for FSU’s early-season struggles, including attrition. This offseason alone, FSU lost two former starters at tackle in Josh Ball and Brock Ruble. Ruble was in and out of the lineup since 2015 before ultimately being replaced by Rick Leonard and Josh Ball last season. Others to leave prior to the start of the season included David Robbins, Andrew Boselli and Corey Martinez.

Outside of Ball, who was suspended by the university, none of the other departures seemed to be significant at the time. That has changed this season with injuries to starters Landon Dickerson, Cole Minshew and now Derrick Kelly. Ruble and Martinez had both started games in years past before being ousted from the starting lineup.

As a result of injuries and attrition, Florida State has had to move offensive linemen around and in some cases, defensive lineman. Converted defensive tackle Arthur Williams got his first career start at guard. Others like Jauan Williams, Mike Arnold, Brady Scott and Abdul Bello had never played meaningful snaps before this season and are dealing with a learning curve.

As widely reported, FSU players held a players-only meeting to address the issues related to a 1-2 start. The front five will face their biggest test of the year this week in a matchup with Miami.