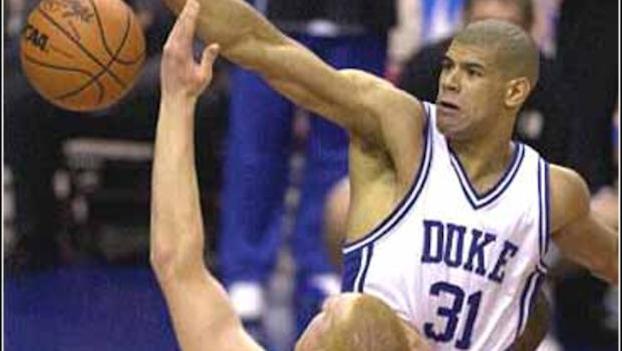 Shane Battier was honored by the academic hall of fame (AP)

During his playing years, Battier helped guide Duke to a national title in 2001, earning consensus National Player of the Year honors and first team All-America accolades along the way. Following the national championship, Battier was drafted sixth overall in the 2001 National Basketball Association draft by the Memphis Grizzlies. Battier eventually became a member of the Miami Heat in 2012, assisting the team in earning back-to-back NBA titles in 2012 and 2013.