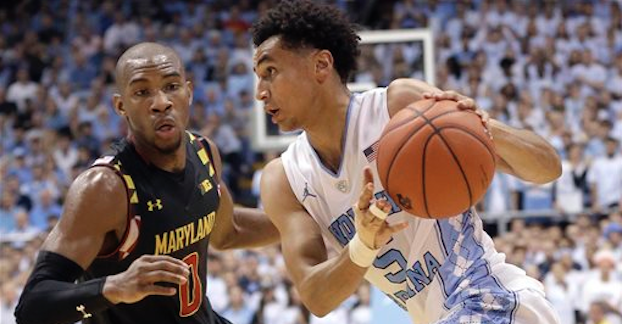 With a month and a half left in the 2015-16 college basketball season, North Carolina sits atop the ACC standings with a 7-0 conference record. As the Tar Heels as a whole continue to play at a high level, however, senior guard Marcus Paige is trying to break out of the worst shooting slump of his career.

Paige is 5-of-35 from the field over his team’s last four games, and he’s gone three consecutive games without a three-pointer after making at least one long-range shot in a school-record 41 straight contests.

In a Wednesday interview with The David Glenn Show, college basketball analyst and former Duke big man Mike Gminski said he knows what the Tar Heel guard is going through.

“I had a dip right in the middle of (my senior) season,” Gminski said. “The real world is right in front of you. Other things creep into your mind. You start pressing a little bit. I finally got over it and started enjoying the game again and came out of it.”

The former Blue Devil star pointed out that much of the struggle is mental.

“You get into a point where you think the ball is never going to go into the basket again,” he stated. “Literally all it takes is one shot or two shots, and all of a sudden it’s like ‘Alright, I’m back.'”

So what does Gminski believe is the most likely outcome for Paige moving forward?

“I guarantee you Marcus Paige is going to go out and all of a sudden you’re going to see his body language change. All of a sudden the Smith Center will exhale, and all will be right with the world. It really turns that quickly.”

During the conversation, Gminski also discussed Amile Jefferson’s importance to Duke and what the future looks like for NC State and Wake Forest. Click below to hear the full interview: