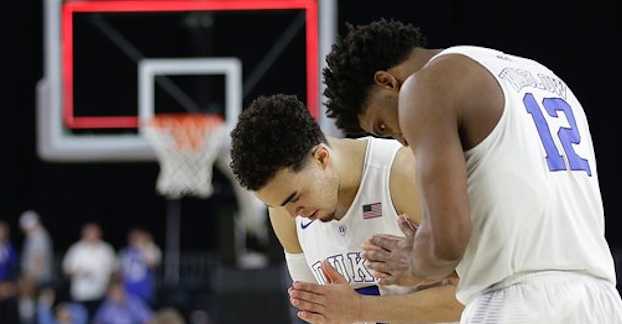 Harris discussed everything from the Devils’ first game against the Badgers to what it’s like calling a national title game. He also talked about Duke’s youth this season.

“This group of freshmen has not played like freshmen for the majority of this year,” Harris said. “There have been games where they had a case of freshman-itis, but very, very seldom have we seen any evidence of anything like that.”

Harris said he expects Duke to give Wisconsin different looks on defense, switching in and out of zone. Click below to hear the full interview: