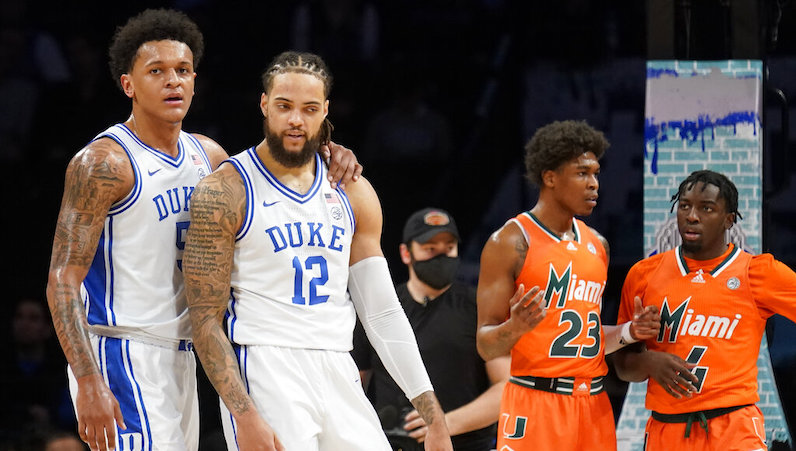 Duke's Theo John (12) and Paolo Banchero (5) react after John draws a foul in the first half of an NCAA college basketball game against Miami during semifinals of the Atlantic Coast Conference men's tournament, Friday, March 11, 2022, in New York. (AP Photo/John Minchillo)

However, the season starts back over — once more — as Coach K prepares for his final NCAA Tournament. Here’s the details on the Blue Devils.