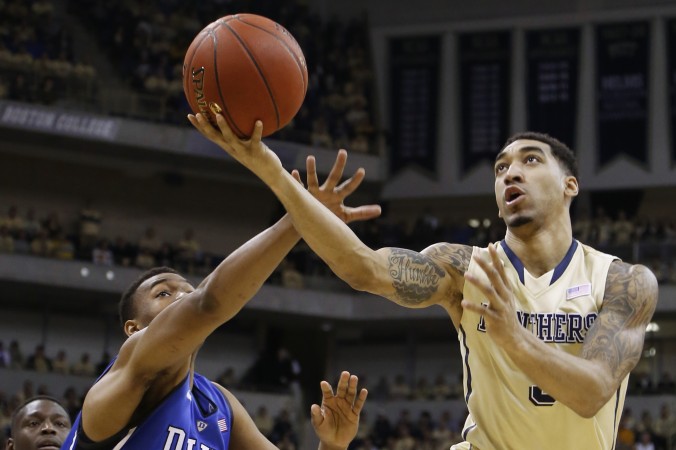 In the first month of the anniversary year, Cameron saw Duke host the University of Pittsburgh in an early-season ACC conference game.

Despite the low scoring output, Wright managed to join an exclusive club. Based on ACCSports.com research of more than 900 Duke home games, Wright became the eleventh player named Cameron to appear in a game at Cameron.

The only Cameron to play for Duke in Cameron, Cameron Hall, was also responsible for the two highest-scoring Cameron games in Cameron, putting up 15 and 14 in his two home games against Wake Forest. NC State’s Cameron Bennerman scored 12 against Duke to record the highest point total by an opposing Cameron.

Wright won’t get another shot to climb the list, but his teammate, freshman Cameron Johnson, will get three more cracks at the Blue Devils over his career. He sat out the first game with a shoulder injury.