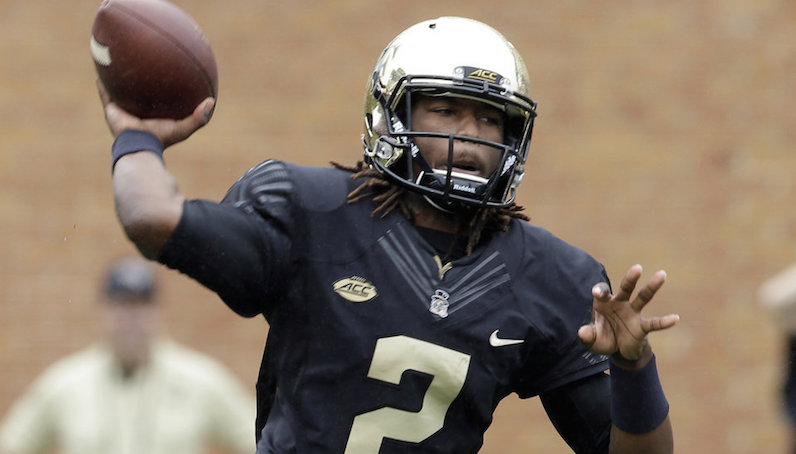 Wake Forest's Kendall Hinton (2) prepares to throw a pass against Indiana during the first half of an NCAA college football game in Winston-Salem, N.C., Saturday, Sept. 26, 2015. (AP Photo)

Wake Forest’s quarterback transition already was going to be a difficult one this fall.

The Deacons needed to move on from John Wolford, who rewrote the record books in his senior season while leading the No. 21 scoring offense in the country.

Next in line was oft-injured Kendall Hinton, who has a career 53.5 percent completion rate and has thrown eight touchdowns against six interceptions in three abbreviated seasons. Although Hinton is a threat with his legs, the jury is still out as to whether he can lead a college offense.

But now that transition will be a massive challenge, as coach Dave Clawson will have to begin the season with a quarterback who has never started a college game. That’s because Hinton (along with reserve tight end Thomas Cole) has been suspended for the first three games for violation of team rules.