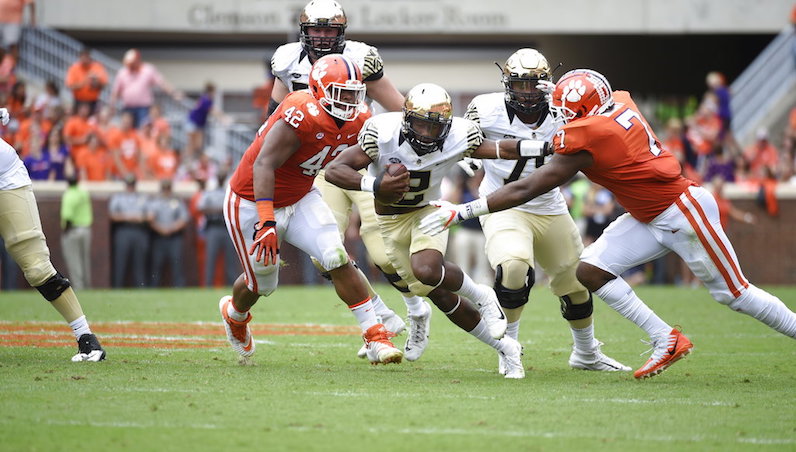 News out of Winston-Salem: Wake Forest football has suspended projected starting quarterback Kendall Hinton for the first three games of the 2018 season. Tight end Thomas Cole has been suspended, too. The suspension is for a violation of team rules.

Kendall Hinton has been suspended for the first 3 games of the season for a violation of team rules. Thomas Cole also.

Dave Clawson: “Kendall and Thomas made poor decisions and they take responsibility for their actions. There are consequences to those decisions and we hope that they will each learn from this and continue to grow and mature.”

Kendall Hinton tussled with John Wolford for three years for the starting quarterback job at Wake Forest. However, injuries to Hinton and sensational play from Wolford yielded the job to the veteran Wolford in 2017.

In his career, Hinton has completed 54 percent of his passes for 1,502 yards and eight touchdowns — to six interceptions. He has 10 career rushing scores as well.

His replacement will be either redshirt sophomore Jamie Newman (2-of-4, eight yards in 2017) or true freshman Sam Hartman, a 3-star recruit.

Better Know a Player: Is Wake Forest’s Olivier Sarr the ACC’s next stretch-5?