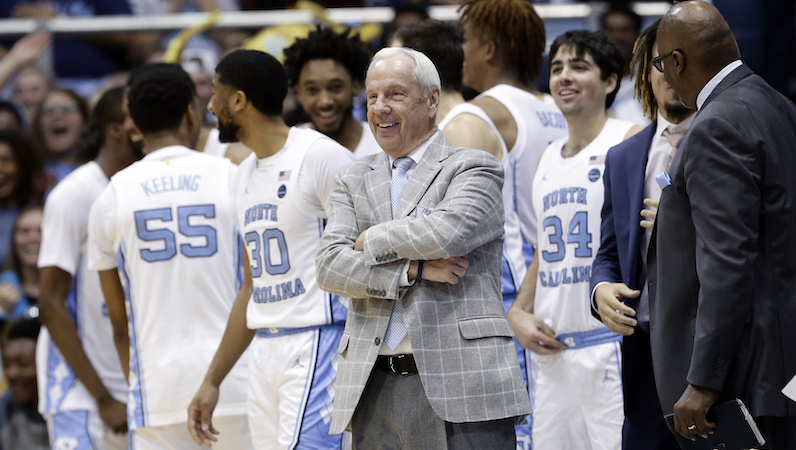 As North Carolina continues the monumental task of finding a replacement for Roy Williams, the university continues to talk with some of the nation’s top coaching candidates.

Here’s a quick look at what the rumor mill has churned up.

A decision will come soon for UNC. It could happen any day this week.

Davis joined North Carolina’s coaching staff in 2012. He was part of the 2017 NCAA championship team.

Miller, 38, played for Williams at UNC (2004-07) and was a reserve on the 2005 NCAA championship team. After spending time as an assistant coach at High Point, Elon and UNC Greensboro, Miller became UNC-G’s head coach for the 2011-12 season.

During Miller’s tenure, UNC Greensboro has turned into a defensive-oriented program. The Spartans have registered four straight top-75 defenses, according to KenPom’s adjusted efficiency metric. Miller guided the Spartans to the NCAA Tournament in 2018 and 2021.

According to reports, North Carolina has also discussed the position with long-time assistant coach Steve Robinson, Vanderbilt coach Jerry Stackhouse and Monmouth coach King Rice. This trio falls under the “UNC Family” moniker. Stackhouse and Rice both played for Smith.

Prior to taking the job at Vandy, Stackhouse, who was a phenomenal NBA player (1995-2013), spent time as an NBA assistant coach. He was on staff with the Toronto Raptors and Memphis Grizzlies. Stackhouse also coached the Raptors 905 of the G League for two seasons (2016-18). During the 2016-17 season, Stackhouse was named G League Coach of the Year, while leading 905 to the league title.

The addition of Stackhouse would look similar to what Michigan did with Juwan Howard: former player with a long NBA career returns to his college as the head coach. The early returns with Howard are outstanding. He’s program-building at Michigan right now.

While casting a bigger net, though, UNC has had two-way contact with Boston Celtics coach Brad Stevens, Mark Few of Gonzaga and Villanova’s Jay Wright.

Stevens has led the Celtics to three straight Eastern Conference Finals. He also coaches two of the NBA’s elite young starts: Jayson Tatum, who played at Duke (2016-17) and Jaylen Brown, who nearly committed to UNC before pledging to Cal.

However, keep in mind this tweet that ESPN NBA Insider Adrian Wojnarowski published after Stevens denied interest in the recently-open job at Indiana.

It’s incredible Brad Stevens has to even spell this out for people. No one is leaving a head coaching job in the NBA for college anymore. Not the Celtics. Not the Kings. Not anyone, anywhere. Nobody is returning to college unless they’re no longer welcome to stay in pros.

Few has Gonzaga playing in Monday night’s national championship game against Baylor. The high-powered Zags (31-0) have a chance to become the sport’s first undefeated champion since Indiana in 1976.

Wright has already come out and said he doesn’t have interest in the UNC job.

Holtmann has ties to the state of North Carolina; he coached for three seasons at Gardner-Webb (2010-13) before taking the head job at Butler (2014-17). During his four seasons with Ohio State, Holtmann has won 87 games.

The decision will likely fall on the shoulders of AD Bubba Cunningham, but there are other voices in the rim, including UNC Chancellor Kevin Guskiewicz and Williams. It’s believed that Davis is the preferred option for Williams.