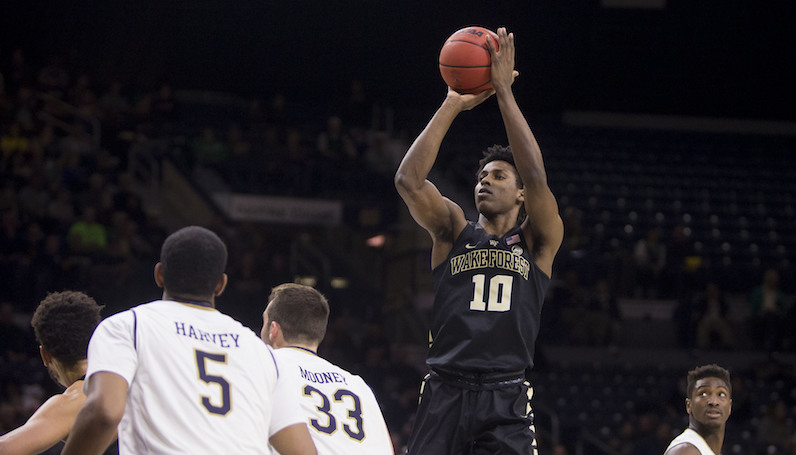 As was expected, Wake Forest freshman Jaylen Hoard has filled out the necessary paperwork and will test the 2019 NBA Draft waters. As Conor O’Neill notes, though, Hoard has yet to hire an agent — though that’s an entirely different world these days, too.

(O’Neill also notes that no player on Wake Forest’s roster has yet to enter the transfer portal. That’s something to track as the calendar flips to the offseason for Danny Manning.)

Despite his athletic gifts (and number of minutes), Hoard finished with just 14 dunks this season; although he did shoot 65 percent at the rim, overall.