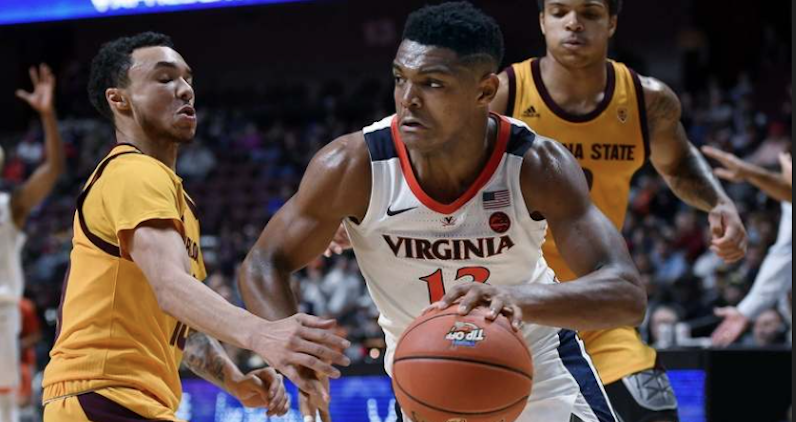 Casey Morsell, a sophomore shooting guard from Virginia, will enter the NCAA transfer portal, according to Travis Branham of 247 Sports.

A 4-star prospect in the 2019 recruiting class, Morsell dominated the prep basketball scene in Washington D.C.; he was one of the more anticipated commits in recent memory for the ‘Hoos.

As a freshman, though, Morsell struggled with confidence and his jump shot. While he showed flashes (Arizona State and at UNC), Morsell shot 27.7 percent from the field and just 17.6 percent on his 3-point attempts.

With an impactful 2020 recruiting class entering the program, the writing was on the wall for Morsell. The 6-foot-3 guard would need to improve or his spot in the rotation would shrink, quickly.

While Morsell improved modestly as a shooter, he played only 15.0 minutes per game this season; Morsell averaged 4.4 points and 1.3 rebounds.

Morsell could occasionally get hot; he played well in the NCAA Tournament loss vs. Ohio. However, he just never seemed on even footing. As of right now, Virginia is set to return Kihei Clark and Reece Beekman, a star in the making, as its starting backcourt. This alone would’ve made Morsell’s path towards adding playing time tricky.

There’s still a lot of talent here; Morsell was an excellent high school player in an excellent prep basketball market. The flashes at UVA may have been few and far between, but it will be interesting to see if he’s able to rediscover his magic at another program.