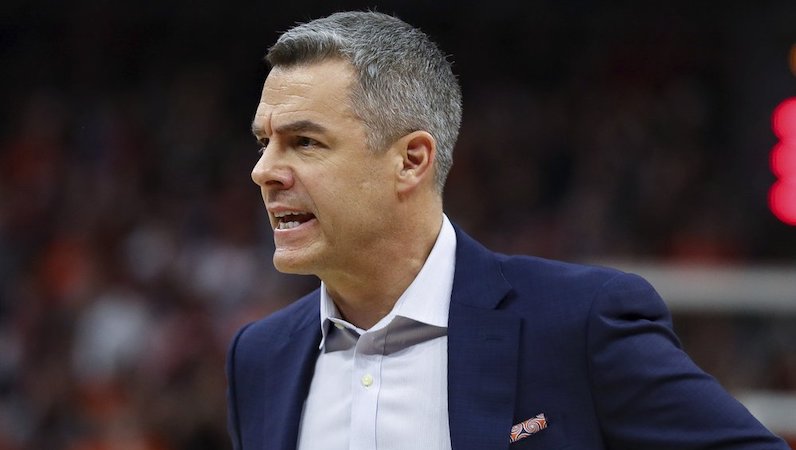 Less than 24 hours before Virginia and Michigan State were set to tip in the 2020 ACC-Big Ten Challenge, the game was postponed due to COVID-19 issues within the UVA program.

The game was set to take place in Charlottesville. Virginia is scheduled to play William & Mary this Sunday (Dec. 13). That game, however, is now up in the air, too. (Keep in mind: William & Mary had to cancel a game last week at NC State due to its own COVID issues.)

This marks the third game of the event that’s been postponed or canceled; earlier this week, NC State-Michigan and Louisville-Wisconsin were called off, too. Obviously, some very really challenges continue to take shape with the effort to launch a college basketball season amidst a pandemic.

Case numbers for COVID-19 continue to surge across America, which has put the sport of college basketball in a tough spot. The landscape of America is far worse now than it was two months ago when the powers that be planned to hold the season; things are just objectively worse. That’s sort of how this entire year has gone in America — with an ineffective government unable to care for its citizens and keep them safe.

This isn’t to say to say that some of this couldn’t have been forecasted eight weeks, though. It’s not like things were necessarily good in the fall, either. However, NCAA leadership continues to mostly take a back seat while individual conferences fend for themselves. It’s not great.

There are concerns far bigger than basketball at the moment; however, in this small corner of the universe, things are very much not OK.